The mud shrimp species Upogebia hirtifrons (White, 1847) is a member of the large and widespread Upogebiidae family. This group used to belong to the infraorder of crustaceans called the Thalassinidea, now split into Gebiidea and Axiidea, which includes the ghost shrimp, mud lobsters and yabbys. Some thalassinids are known for their ability to create complex burrows, which are often preserved in the fossil record. Researchers study the ecology and burrowing habits of the different species within these groups as they can have quite an effect on the animals that live around them, and the whole ecology of the habitats in which they live by oxygenating and disturbing the sediment.

Take a look at this study on the burrow morphology of a Brazilian Upogebia species from Brazil in Coehlo et al. (2000) and this PhD thesis on New Zealand ghost shrimp, Biffarius filholi (A. Milne-Edwards, 1878) by Berkenbusch, 1999. This specimen of Upogebia hirtifrons was rescued from an old truck tyre pulled up from the depths of Wellington harbour during an annual Harbour Spring-Clean event in the city.  Upogebia hirtifrons is found right around New Zealand but it is quite rare to see one as they are usually found living in muddy sediment inside their burrows.

Upogebia build quite large burrows in mud, sometimes with multiple entrances, containing wide turning chambers. They are able to maintain a constant current flow through their burrows to receive food particles by beating their leaf like pleopods at the end of their muscular tail (Morton & Miller, 1973). You can just see the pleopods tucked under their body in the photo above. 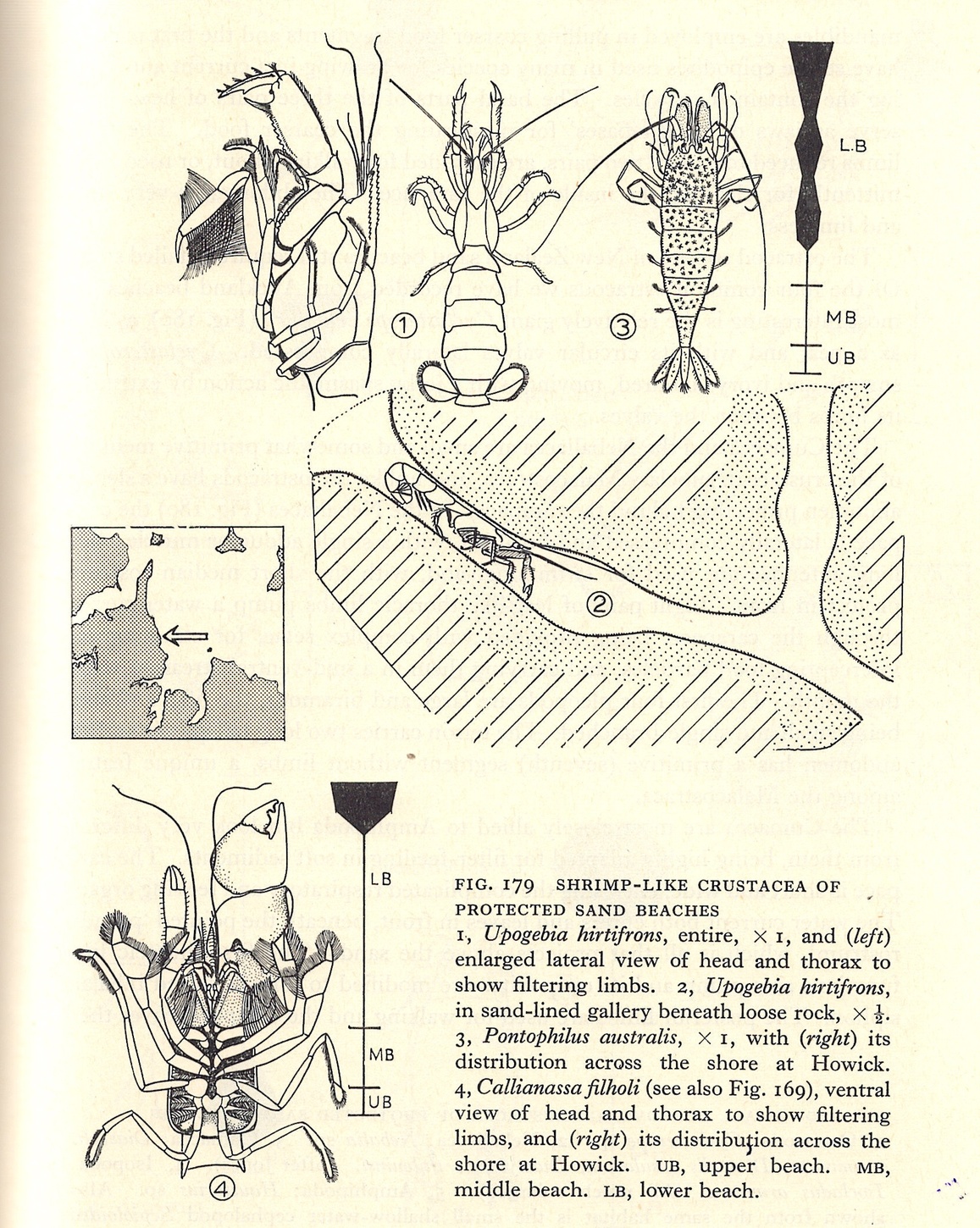 You can catch a glimpse of the rescued Upogebia hirtifrons, at the Island Bay Marine Education Centre where it temporarily has a home at the Island Bay Bait House and Aquarium. The centre is open to the public every Sunday, definitely worth a trip to see some of Wellington’s other local marine life up-close.

Where to go to see some of Wellington’s local marine life up-close - The Island Bay Marine Education Centre: http://www.octopus.org.nz/content/our-centre

Burrow morphology of a mud shrimp species from Brazil in Coehlo et al. (2000).