Critter of the Week: Meiofauna

When we think about marine animals, we usually think about organisms that are relatively large, such as whales, sharks, fish, squid, or sea stars. Very few people (and scientists!), however, are aware of the multitude of small organisms that live between sediment particles on the seafloor. These organisms are called “meiofauna” (a term deriving from the Greek “meio”, meaning smaller), and are found everywhere from sandy beaches to the deepest ocean trenches. Meiofaunal organisms can be anywhere from a quarter of a millimetre to two or three millimetres long, and are just visible to the naked eye. Some meiofauna are worm-shaped, others have shells, and others are just miniature versions of more familiar animals like sea slugs or sea anemones.  This week we take another look at this group of fascinating organisms. 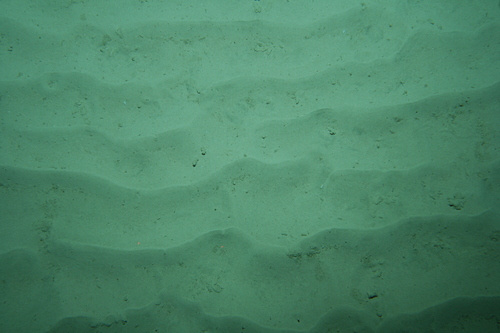 Most of the seabed is covered in sediments like this sandy bottom on the northeastern Chatham Rise at about 1000 m depth. No life is visible on this photograph, but this patch of sediments is in fact teeming with millions of meiofaunal organisms. Photo credit: Ocean Survey 2020 voyage TAN0705 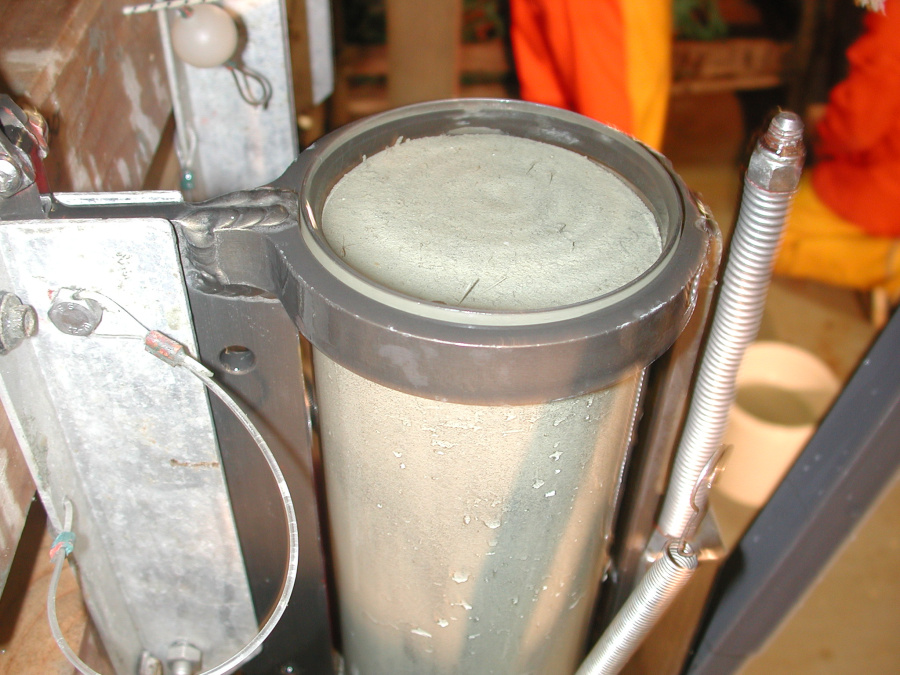 To study meiofauna, we need to obtain undisturbed sediment cores, like this one taken with a multicorer[KS1] . Then, we need to sieve the sediments on a fine mesh which retains particles/organisms larger than 20-60 microns (that’s 0.02-0.06 mm, the lower size limit of meiofauna). Photo credit: Daniel Leduc. 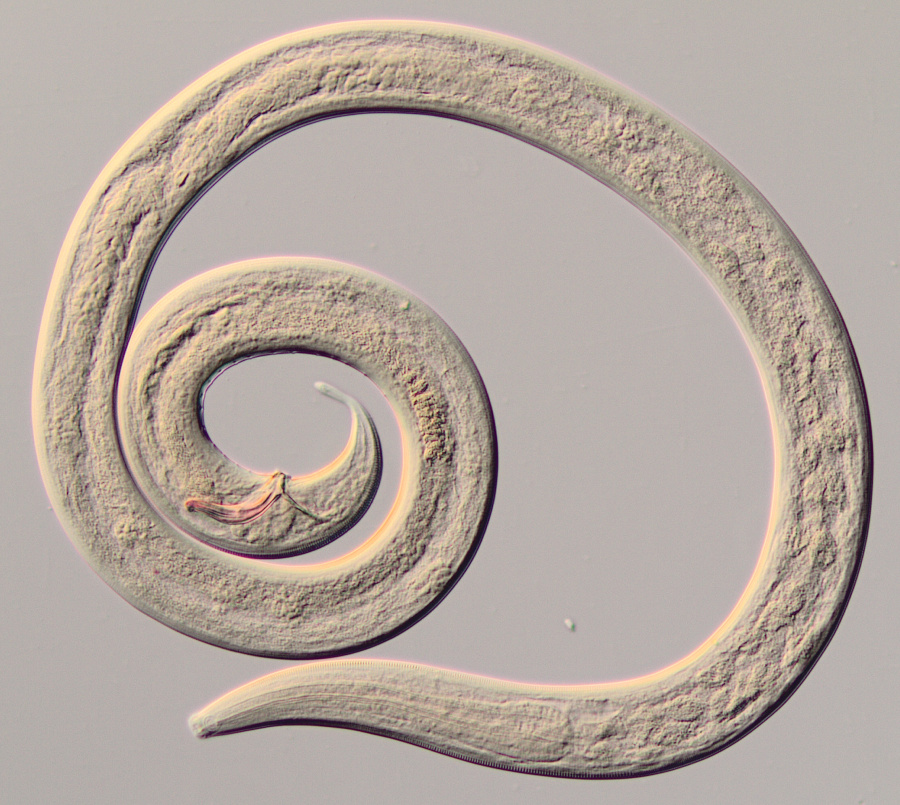 The most common meiofaunal organisms are called nematode worms (http://en.wikipedia.org/wiki/Nematode). It often helps to be long and skinny when living between sediment particles… This specimen belongs to the genus Sabatieria and measures about 1 ½ millimetre. [Daniel Leduc]

The most common meiofaunal organisms are called nematode worms (http://en.wikipedia.org/wiki/Nematode). It often helps to be long and skinny when living between sediment particles… This specimen belongs to the genus Sabatieria and measures about 1 ½ millimetre. Photo credit: Daniel Leduc. 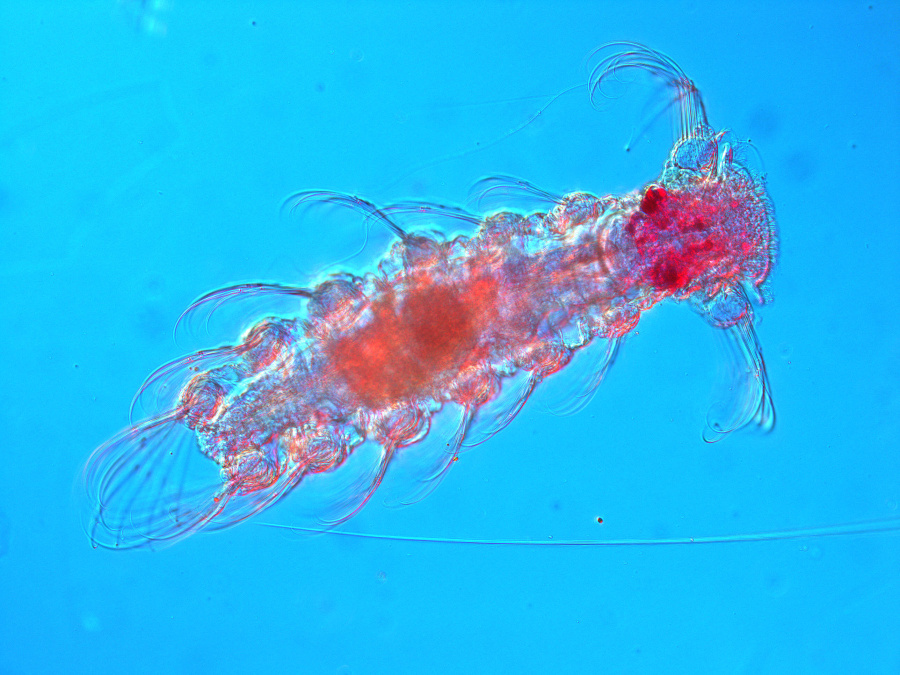 Annelid worms are also common in the sediments. Annelids are often among the largest meiofaunal organisms, and many are in fact the larval stages of much larger species. Photo credit: Daniel Leduc. 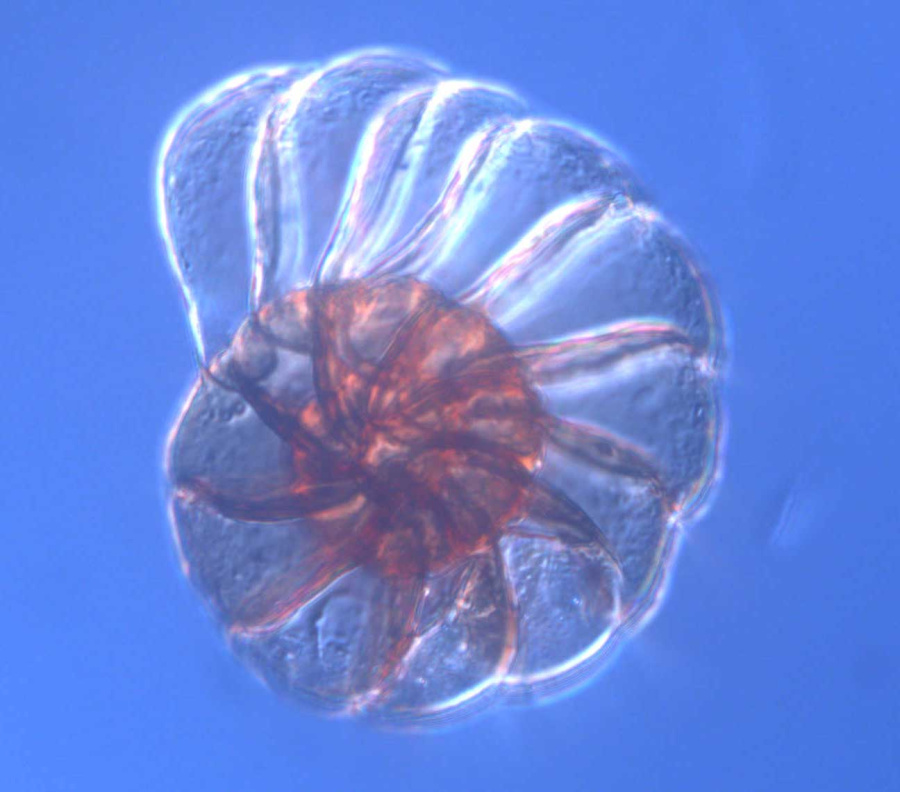 Some meiofauna are not technically animals, like this foraminiferan (http://en.wikipedia.org/wiki/Foraminifera) (or foram, a single-celled protist). Forams can be exceedingly abundant, sometimes even more so than nematodes. Empty foram shells like this one are often found in meiofaunal samples. Photo credit: Daniel Leduc.