A high proportion of New Zealand’s native freshwater fish fauna need to migrate to and from the sea.

Eighteen of Aotearoa's 35 native freshwater fish species undergo migrations between freshwater and the sea as a part of their natural life cycle. This is known as diadromy. Migrating fish require connection between high quality adult habitats and marine or lake environments. Instream barriers or structures and changes to the natural flow of streams and rivers can prevent or restrict upstream/downstream migration of fish to important and high-quality habitat. Mahinga kai that migrate between fresh and salt water as a necessary part of their life cycle include tuna, piharau/kanakana, īnanga, kōaro, kanae, and smelt.

Find out more about instream barriers and altered water flow

Find out more about modified habitat

Diadromy is the regular, physiologically mediated movements between freshwaters and the sea; occurring at predictable and necessary times in a species life; involving most members of a species’ population.

Enter rivers as small juvenile fish. Typically settle initially in the lower reaches of a river and then gradually migrate upstream. Adults go to the sea to spawn.

Enter rivers as mature adults (which do not usually feed in freshwater) whose goal is to reach upstream spawning grounds and reproduce.

Enter rivers as small juveniles. Typically settle initially in the lower reaches and then gradually migrate upstream. Adults spawn in freshwater, and hatched larvae immediately move to the sea. 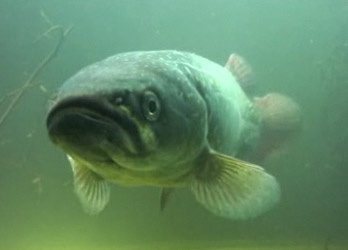