Most farms run a mixture of sheep and beef stock, although a large number of farms run beef cattle only. Typically, deer are farmed in conjunction with sheep and beef, rather than stand alone deer farms. Similarly, with the downturn in sheep and wool prices, sheep flocks are usually combined with beef cattle operations.

Aotearoa’s beef cattle industry produces meat (live and processed) and associated meat products for local and overseas export markets. Venison and deer velvet are exported also, and have become an important and growing industry since the 1970’s.

Aotearoa is renowned for its large number of sheep; however, their numbers have declined over the last 20 years. In 2002 there were about 10 sheep for every person in Aotearoa – compared to 20 sheep per person in 1982 (NZ Statistics). Dry stock farms can cover large areas of hill-country grassland that may be steep and prone to erosion. 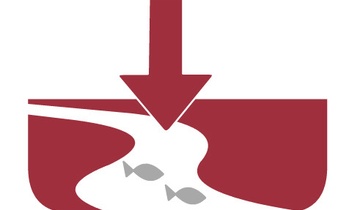 How do agricultural activities impact water quality and mahinga kai?

Here are some simple steps to minimise the effects on water quality and mahinga kai.