Critter of the week: Spirula spirula

The Ram’s Horn squid (Spirula spirula) is a mesopelagic species, meaning that it lives in the mid-water column. It typically lives in dark depths of 500-1000 m in the day and migrates up to the shallows of 300 m at night.

Spirula specimens have been collected from tropical and subtropical waters worldwide, and we have collected live specimens from the Challenger Plateau, east of New Zealand and just recently from the outer Bay of Plenty. As the shells are very buoyant they wash up on beaches all over the world!

This species was described by Carl Linnaeus, the father of modern taxonomy, way back in 1758. He originally named it Nautilus spirula, but it has since been transferred to the genus Spirula. Spirula shares similarities with the Nautilus, Cuttlefish and the extinct ammonites and belemnites as they all have a multi-chambered shell, rather than a pen like other types of squid. 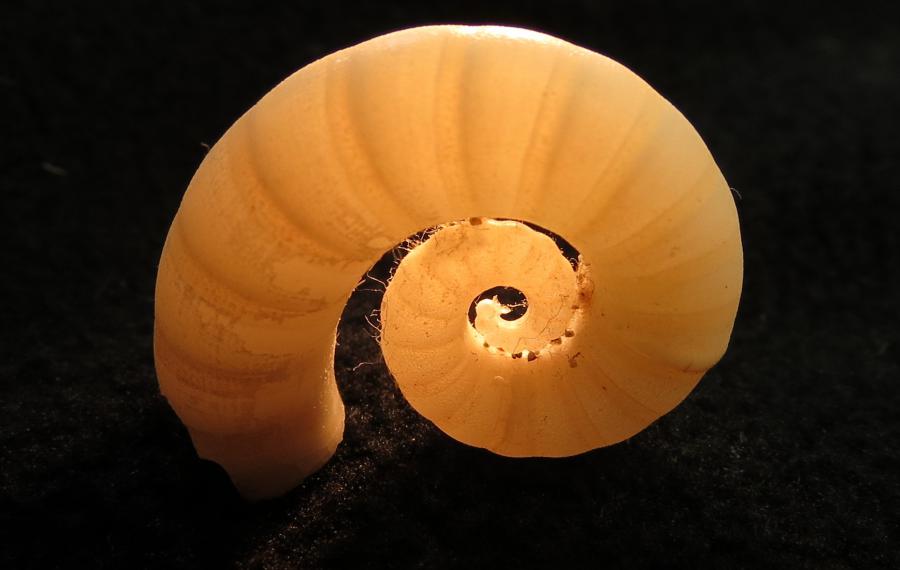 The buoyant shells wash up on beaches all over the world, but the squid itself is rarely seen. The shell is made up of a series of separate chambers. These are gas filled and the amount in each chamber can be varied allowing the squid to rise or descend through the water column. [Photo: Sadie Mills, NIWA] The internal shell, just about seen here poking out on either side of the mantle, is actually a buoyancy organ. It helps the animal to orient its head downwards and keep the body vertical.[Photo: Sadie Mills, NIWA] The white spiralling shell is actually the internal shell of the Ram’s Horn Squid, scientific name Spirula spirula. The purple shells belong to Janthina sp., a hermaphroditic snail that spends its whole life floating around on the sea surface on a bubble raft of its own making, eating jellyfish! [Photo: Sadie Mills, NIWA]