A little can mean a lot – especially when it comes to the relationship between sea level rise and coastal flooding.

That was one of the findings in research, published this month in leading scientific journal Natural Hazards and Earth Science Systems, in which NIWA researchers describe how small increases in sea level rise are likely to drive huge increases in the frequency of coastal flooding in the next 20–30 years.

Lead author and NIWA coastal hazards scientist Dr Scott Stephens says while coastal flooding is a major global hazard, there has been little research into how often and where high sea levels and coastal flooding occur simultaneously.

“We set out to understand the things contributing to the highest sea levels we get in New Zealand and whether there are patterns and if they are likely to occur in multiple places at once, or if they occur in close succession. These are issues that are important for emergency managers and insurance companies.”

The researchers began by examining historical records of sea levels around New Zealand. From 30 separate sea-level records, some dating back to 1900, they ranked each one looking for especially high sea levels that occur only about once every five years or longer.

“That was our starting point – looking at what’s been measured, identifying the really big ones and then looking at what went into making those events.”

While many high sea levels have gone unrecorded over time, Dr Stephens says they were still able to get a good picture of the factors contributing to them.

From there the team examined the different things that caused the high sea levels: tide, storm-surge and annual sea-level cycle—and they’re all important to the very highest sea levels. Tides are really important because they are the biggest cause of sea-level variability.

“Storms by themselves don’t cause really high sea levels; it’s only when they coincide with the highest tides. It also means that extreme sea-level events generally don’t occur within 10-days of each other because of the tidal cycle—so there is some recovery time”.

But to get a very high sea level needs a storm to occur at the same time as very high tide. “We also looked at the types of weather systems driving the highest storm-surge patterns and found two types of events that add to the mix.”

The first was a blocking high pressure system, causing a cyclone to intensify usually impacting the upper North Island east coast. The second was mostly influenced by troughs in the Southern Ocean, causing strong winds to blow across NZ, impacting sea levels in the South Island and the west coast of the North Island.

Dr Stephens also says they discovered that the timing of high seas is strongly influenced by the quite small mean annual cycle in sea level with more of them occurring from January to August.

“What this indicates is that there is high sensitivity to that small amount of fluctuation. So the frequency of these events is going to be very sensitive to very small amounts of sea-level rise in the future.”

In other words, small sea-level rise increments of 10–20cm predicted to happen around the New Zealand coast in the next 20–30 years will drive big increases in the number of times coastal areas are likely to flood.

“It points to the fact that sea-level rise will not necessarily manifest itself as large catastrophic events but will bring more “nuisance” flooding more often,” Dr Stephens says.

“The most important message from this research is that we really need to get on and get our planning in order because we haven’t got long before we are really feeling the impacts of it. Areas, like the South Coast of Wellington are already feeling it now and will experience it more often.” Areas with small tides like Wellington and along the east coast of NZ will experience greater flooding frequency increases in future.

Dr Stephens says the next step is to build a website to deposit information on historical sea level events that weren’t measured by sea level gauges, as well as document climate-change effects on the changing mean sea level and frequency of extreme sea levels. 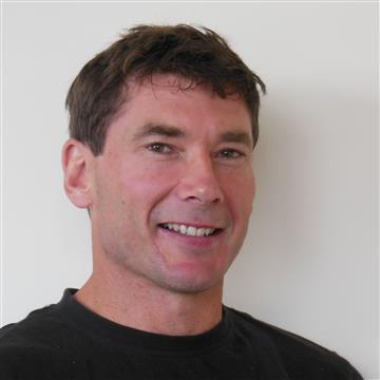