Wellington's summer was bad, but not as bad as you think—honest

Summer officially ends tomorrow but for Wellingtonians it feels like it’s only just getting started. NIWA meteorologist Ben Noll explains what went wrong.

Up about 1000m in the atmosphere is a narrow belt of strong wind known as the jet stream. As spring switched into summer, the jet stream continued to blow relentlessly from the southwest, sending storm after storm from the Australian Bight across the southern Tasman towards New Zealand. This is something that is more common in the spring and winter rather than summer.

“It is this pressure setup that provided the capital with a summer that has been nothing short of tumultuous—sandwiched between a subtropical ridge of high pressure to the north and low pressure systems to the south. This squeeze play resulted in a high frequency of spring-like storms across the region, packed with wind, rain, and cool temperatures driven by southwesterly winds in their wake.”

Wellington has had 31 “windy days” over summer—these are days where the maximum wind gust was more than 72km/h. The average is 18—that makes this summer the windiest in 14 years.

January 18 was the windiest of them all, with Wellington Airport recording a 116.7km/h gust, typical of category 1 tropical cyclone.

Watch a video to understand why Wellington experiences so much wind.

Wellington has observed a below normal amount of sunshine this summer, but not the lowest on record.

From December 1 until February 26, there have been 534.7 hours recorded. Crucially, between 6 and 7pm yesterday, there was just enough sunshine in Wellington to stop this summer being the cloudiest on record. The top 4 cloudiest summers on record in Wellington:

The weather station at Wellington Airport has reached or surpassed 25°C just once this summer—typically there are at least five days where this happens. Since records began at the airport 55 years ago, only seven summers have had come and gone with no maximum temperatures at or above 25°C.

The big day was just last week, on February 20—we made it to 25.1°C. Last summer we did it 13 times and when Wellington recorded its warmest February on record. Summer 2014-15 featured at least 25°C heat four times.

Why the late-summer change?

There were four days in a row from February 19 when the temperature went past 23°C—the only time Wellingtonians got this run all summer. That change was driven by an active period in the Madden-Julian Oscillation or MJO. The MJO is characterised as an eastward moving area of cloud and rainfall near the equator. Depending on its strength and location, it not only has an impact on the weather near the equator but also further south across the mid-latitudes. The strength and location of the MJO pulse during mid and late February was favourable for warm and settled conditions across some of New Zealand, particular central and southern parts.

The first 10 days of March are expected to bring mostly warm days (March average maximum is 19.8°C) and dry conditions to the capital. A period of unsettled weather is possible during the mid-month when weather systems may have a tendency to move in from the north, possibly giving more of a subtropical and muggy feel. High pressure may then become a more dominant player in the weather pattern come late month, providing above average temperatures and possibly below normal rainfall. 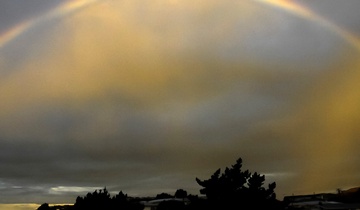 Wellington's summer was bad, but not as bad as you think—honest