The Tropical Torrent that spread over New Zealand this week, produced up to three times the normal April rainfall for some locations in three days, NIWA forecaster Ben Noll says.

Mr Noll said, deep tropical moisture was siphoned southward towards New Zealand by remnant energy from ex-Tropical Cyclone Debbie forming an atmospheric river. Atmospheric rivers are relatively long, narrow regions in the atmosphere—like rivers in the sky—that transport most of the water vapour outside of the tropics.

Research indicates that for New Zealand, atmospheric rivers occur about 40 days per year and are associated with about half (48%) of the country’s rainfall extremes.

An atmospheric river was also a key component of the Tasman Tempest during early March. Such a setup favours sub-tropical or tropical northerly winds and was present during both the Tasman Tempest and Tropical Torrent and looks to repeat itself once again next week. This may result in another round of heavy rain from about late Tuesday for the North Island and north and east of the South Island.

Furthermore, a tropical disturbance north of Vanuatu is being monitored for strengthening over the weekend into early next week. There is some uncertainty regarding the eventual strength and track of the tropical system, although its progress will need to be watched closely as it could influence New Zealand’s weather later next week.

Sub-seasonal climate models that are monitored by NIWA indicate a persistence of the active weather into late April. 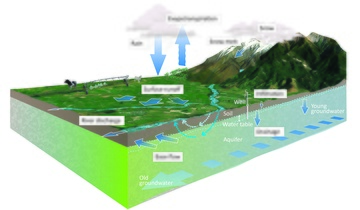