When scientists head south to Antarctica on board NIWA research vessel Tangaroa next month, they’ll be keeping a close eye out for an animal that is particularly good at staying out of sight.

Sperm whales – specifically large males who feed on toothfish in the Ross Sea – were targeted by the whaling industry in the 19th and 20th Centuries and more than 70 per cent of their population wiped out.

NIWA marine ecologist Dr Matt Pinkerton says in recent years crews on research ships and fishing vessels almost never see sperm whales in the Ross Sea region which makes it extremely difficult to know how many are out there.

“My theory is that because of all the whaling that took place, they’ve learned to disappear as soon as they hear a big ship.” A sperm whale can dive at depths of more than 2000m.

However, knowing how many sperm whales are in the Ross Sea and where they go is an important part of a five-year programme NIWA is leading to monitor the effectiveness of the Ross Sea Marine Protected Area which was established in 2017.

The first stage of this programme is to find out exactly what’s there so scientists can establish baselines for future comparisons to determine the effects of fishing and climate change.

In the case of the sperm whales, which are classified as a vulnerable species, scientists are concerned that they haven’t been seen on the Ross Sea Slope recently.

“They are very cryptic which makes it difficult to get an estimate of how many are there. We don’t really know their annual cycle - where their populations are concentrated and how different groups of whales interact” Dr Pinkerton says.

“We do know they eat a lot of toothfish – they can dive down to 3000m and most toothfish are at around 1000m so they’re well in their diving range. The abundance of toothfish on the Ross Sea slope has reduced because of fishing and is set to reduce further in the future. We want to know if that’s affected sperm whales there. To do that, we need to see where they are now and work out how to monitor changes in the future.”

The best way to count sperm whales is to listen in on them via acoustic moorings which record the sounds they make.

NIWA marine mammal acoustician Dr Giacomo Giorli has been working on the sperm whale project since its inception in 2017. The first three acoustic moorings were deployed in the summer of 2018 for 12 months. One was unable to be retrieved but the other two have already provided a year’s worth of data for analysis.

Those moorings, at Iselin Bank, the Pacific Antarctic Ridge  and Scott C Seamount and were replaced with three new ones which have been in the water for two years and-  all going well - Dr Giorli is looking forward to getting them back in February when Tangaroa fetches them out of the Ross Sea.

“Two years is a long time but I’m not worried – I’m pretty positive everything will be fine.”

Dr Giorli says sperm whales make a very distinctive sound and are one of the easiest marine mammals to recognise sonically.

“They produce a very short snapping sound - it makes the job very easy compared to other species.” 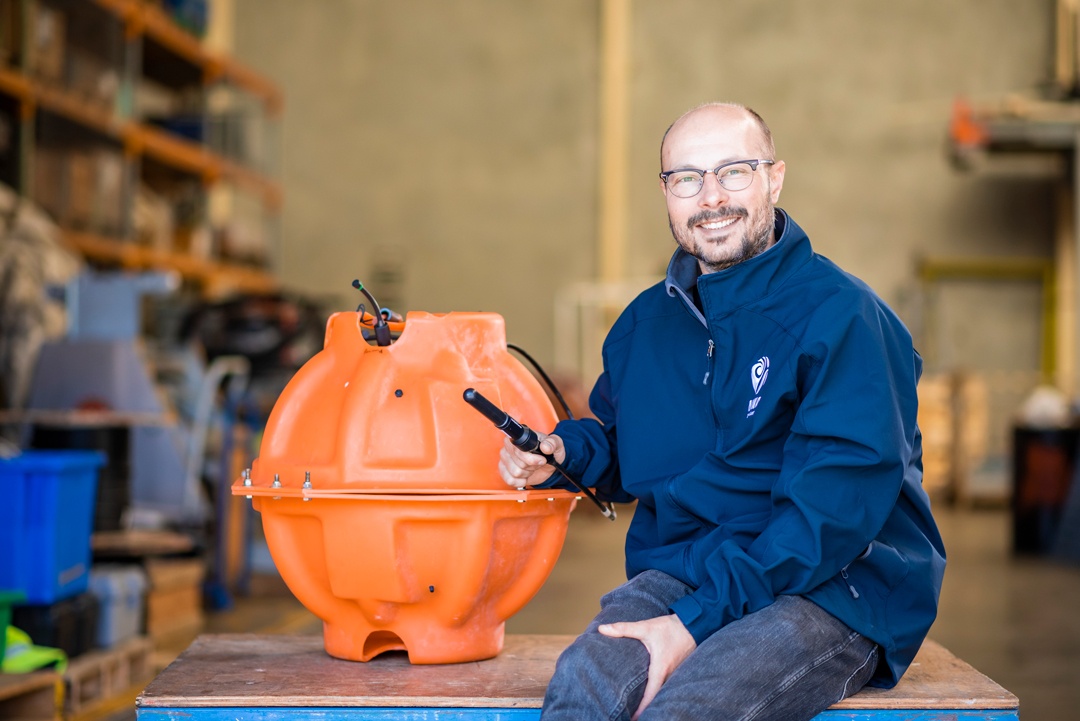 “What we look for is the echolocation sound. It travels through the water and bounces off an object. The whales listen to the echo and track their prey by working out the time delay between producing the sound and the return of its echo.”

Foraging sperm whales typically send one sound every second while searching for prey but increase the rate the closer they get to their selected target.

Dr Giorli used the first data set from the moorings to also analyse the ambient noise of the Ross Sea.

“We were trying to get a sense of what sort sonic environment there is in the Ross Sea. There’s a lot of noise generated by the presence of ice, it cracks and resonates with the wind, the waves and the tides and is very noisy at certain frequencies.”

Tangaroa returns to Wellington on February 17 which will enable Dr Giorli to unravel more about this elusive species.