Summer Series 8: The science of sand

For many of us, summer isn’t summer without getting some sand between our toes. But did you ever wonder what that sand is made of, and how it got there?

For many of us, summer isn’t summer without getting some sand between our toes. But did you ever wonder what that sand is made of, and how it got there?

Dr Terry Hume, of the National Institute of Water and Atmospheric Research (NIWA), is an expert in sand and beach processes. “In New Zealand, sand is made up of either ground rocks or shell,” says Dr Hume. “The type of sand you get – its colour, density, and grain size – depends on the source material it came from.”

Scientists like Dr Hume can trace the origins of sand from the different proportions of minerals it contains. The snowy white sands of Parengarenga in Northland, for instance, are formed from quartz; while the golden sands of Golden Bay get their colour from the weathered iron (iron oxide) in granite. The black sand found on the west coast of the North Island, is made of titanomagnetite – a mixture of titanium and iron. This soft material comes from Mount Taranaki and is swept up the coast as far as North Cape – a distance of about 400 km – ground into rounder and finer grains as it goes.

“This is the biggest journey of sand anywhere in New Zealand, probably taking hundreds or thousands of years” says Dr Hume. “The sand is moved along this coastal highway by the prevailing waves that drive north from the southern ocean, stopped by headlands – ‘temporary carparks’ – along the way. The big sandpit at the end is Pandora Banks, a series of shoals off North Cape.”

Waves do most of the work moving sand; tidal currents do very little. Wherever there’s white water, sand is being bounced along the seabed. As any surfer will know, the wave energy on the west coast is very high, so it winnows out the less dense (and lighter-coloured) quartz and feldspar sands, leaving the denser black ironsand behind.

Sand can travel thousands of kilometres over time. But how long does it take to make sand from rock or shell? This depends on the type and hardness of rock (or shell), and how fast it’s broken down by weathering in the soil and during its transport by rivers to the sea.

“Hard minerals like feldspar and quartz – the source of creamy coloured sand on many beaches north of Auckland and in the Bay of Plenty – take thousands of years to get ground down to sand. Shells are much softer and may only take tens or hundreds of years,” says Dr Hume.

“On some beaches, shell is the primary source of sand,” says Dr Hume. “Overharvesting of pipis and cockles in harbours and estuaries can mean sand is in short supply.” On the other hand, the invasion of the hard-shelled Pacific oyster in the Manukau Harbour has converted some sandy beaches to shelly beaches, because Pacific oyster shells take longer to wear down than the shells of native shellfish.

You can see there are many types of sand that give beaches around the country their characteristic appearances and feel. So next time you are on the beach, take a closer look at the sand and ponder its origins.

Dr Terry Hume is a marine geologist and coastal oceanographer at NIWA’s Hamilton office, where he is also Assistant Regional Manager. His research interests focus on large-scale coastal processes, including the natural transport and storage of sand, coastal hazards, and beach erosion; and developing and applying beach and estuary classification for research and management purposes. He holds an Honorary Associate Professorship at the University of Auckland and an Honorary Lectureship at the University of Waikato. He’s also a keen surfer. 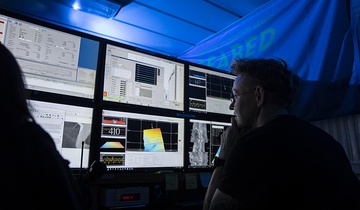 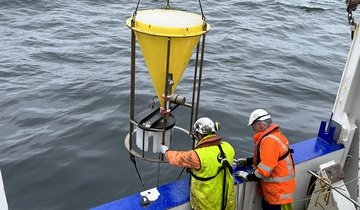 Summer Series 8: The science of sand