This research project investigated whether the mechanisms for periphyton removal in rivers relate more directly to hydraulic and geomorphic conditions than flow metrics.

Periphyton (benthic algae) is an essential component of healthy river and stream ecosystems but in high abundance can have negative effects on habitat, water quality, instream biodiversity, and recreational and aesthetic values. Managing these effects relies on predicting the combined effects of changes in flow regime and nutrient supply on periphyton biomass. However, reliable predictions across a range of rivers have proven elusive. One possible contributing reason is that the mechanisms for periphyton removal, such as drag (sloughing), abrasion and molar action (where periphyton is scraped off tumbling bed material) relate more directly to hydraulic and geomorphic conditions.

We explored the role hydraulic and geomorphic conditions play in periphyton removal in 18 gravel- to boulder-bed river reaches in the Manawatu-Wanganui region. The study sites covered a range of typical periphyton abundance, flow, nutrient concentration and geomorphic characteristics.

A five-year dataset (2009-2013) of monthly periphyton biomass (as chlorophyll a) and nutrient (soluble inorganic nitrogen, SIN, soluble reactive phosphorus, SRP) concentrations together with flow records (median flow Q50 and peak flow) was available for use from Horizons Regional Council. At each site, we surveyed cross sections and a long profile, using a ‘survey kayak’ to capture the bathymetry of deep sites, and collected sediment grain size data (D50, D90).

Cross sections and a long profile were surveyed by kayak at each study site.  [Photo: NIWA]

We then used a 1-D hydraulic model called GRATE to establish the flows required to mobilise different sizes of sediment at each site. These flows were then compared with the flows found to typically reduce periphyton to low levels, thereby establishing the key mechanism of periphyton removal (drag, abrasion, or molar action) at each site.

Our results demonstrated that: 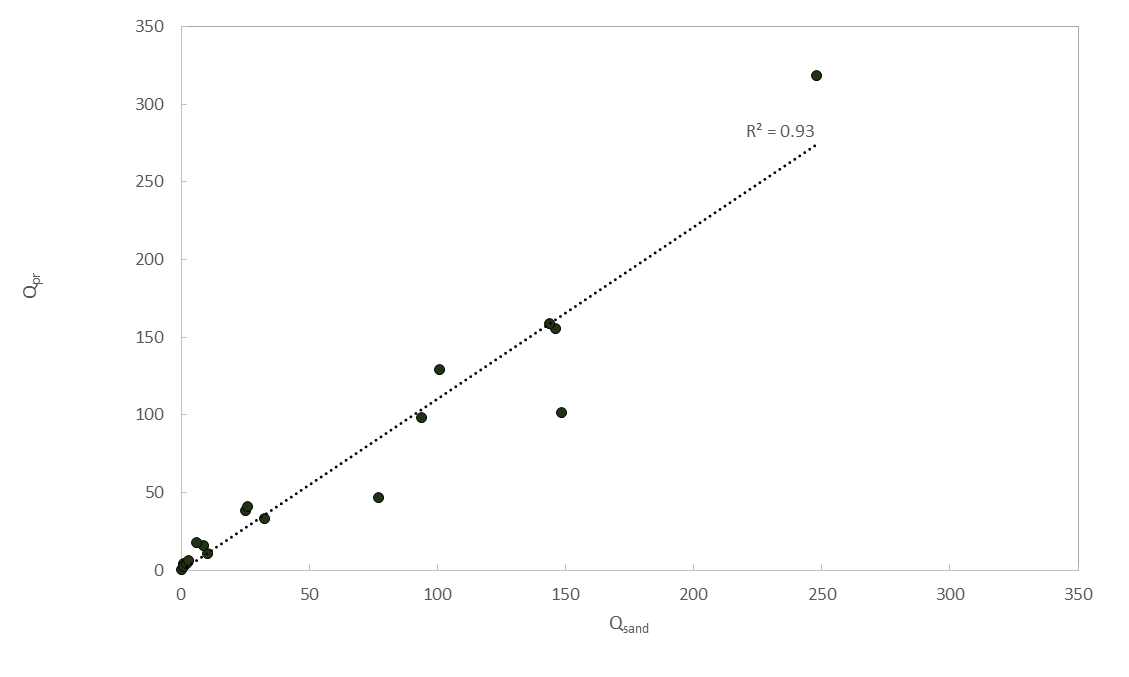 A summary poster of the study was also presented at the Gravel Bed Rivers 8 (GBR8) conference in 2015. Download: