By absorbing carbon dioxide from the atmosphere, oceans ease the impacts of climate change. But it turns out there's a downside: seawater is becoming more acidic, making it increasingly hostile to some of the creatures that have to live in it, finds Marieke Hilhorst.

Waves of cause, physicists have always known, eventually break on some distant shore of effect. Joining the dots isn't always easy, but we can now blame with confidence the plight of the Antarctic sea butterfly on James Watt's steam engine of 1775.

The Industrial Revolution, it turns out, changed more than just the way we make and consume things. All that extra carbon dioxide (CO2) – the exhaust from the millions of tonnes of fossil fuels we've burnt since the late 18th century – is now the main greenhouse gas changing our climate. More recently, we realised that it's changing the very essence of the ocean as well. The ocean has always been important for absorbing CO2, which dissolves in surface seawater to form carbonic acid. NIWA Marine Biogeochemist, Dr Cliff Law, says that each year, it soaks up some 27 per cent of human-induced CO2 emissions. (See end of article: The ocean carbon sink.)

But those emissions are now overloading the system. The ocean, naturally alkaline, is becoming more acidic as all that extra CO2 alters its pH balance. (See end of article: What is pH?) Hydrogen ions in surface seawaters are increasing, while there are fewer carbonate ions available to the many sea creatures – such as plankton, corals, molluscs and coralline algae – that need them to build in skeletons and shells.

For coralline red algae, that's bad news. Made of high-magnesium calcites, these ubiquitous organisms are a fundament of New Zealand's coastal ecosystems, says NIWA Principal Scientist and seaweed expert, Dr Wendy Nelson. "If you lift up seaweeds in the intertidal and subtidal zones, the pink crust covering the rocks underneath – that's coralline red algae. They occupy a huge amount of habitat." Not only do they provide habitat for other species, says Nelson, they release compounds that trigger invertebrates, such as paua, to settle. "Without those compounds, paua would not move from their free-swimming larval stage to settling down and growing a shell."

But rising temperatures and changes in seawater chemistry leave coralline red algae highly vulnerable to dissolution. Already, NIWA has found significant negative impacts on two species, although, says Nelson: "Some species are going to be more vulnerable to dissolving than others, and we don't really understand these species-specific differences yet. There may be some winners out of this – some may be tougher than others and able to withstand the changes, so you may get shifts in species composition."

Broader effects on ocean processes are also still largely unknown. "New Zealand spans so many degrees of latitude," says Nelson. "What may happen in Northland or at the Kermadec Islands may not be the same story that's happening in the Antarctic."

As it is, the creatures are hard put to make and maintain thin, fragile shells in the frigid Ross Sea waters. To find out what a more acidic future might mean for them, Cummings studied live specimens at NIWA's aquaculture facility in Wellington.

She manipulated the pH concentration in their coldwater tanks over four months, to mimic the low-aragonite conditions predicted for 2100, and noted significant changes in the animals' shells and physiology. Respiration rates and stress protein levels both increased. "We didn't get any mortality, which was promising," she says, "but four months is just a snapshot in the lifetime of those long-lived animals."

Cummings is unsure they can sustain the increased energy they'll need to survive in lower pH conditions, or what any knock-on effects might be for the animals that eat them. "They're all intricately entwined in their bigger ecosystem," she says. "Essentially, we just don't know what the impacts will be."

Since Cummings' experiments, estimates of when aragonite concentrations might cross some critical low threshold in Antarctic waters have leapt forward, from 2100 to the winter of 2030. Because both geoducs and Antarctic scallops are long-lived, Cummings says those changes will happen within the lifetimes of animals alive today. "No one knows if they will be able to adapt quickly enough, or how long they can survive the effects on their metabolism."

Last year, Law co-authored – with Dr Phil Boyd – An Ocean Climate Change Atlas for New Zealand Waters, in which they outlined a "basket of different factors that will cause change in the oceans." Multiple stressors, they warned, could particularly affect surface waters: warming will impact the nutrient supply and the underwater light field, while changes in weather patterns will affect nutrient deposition.

The atlas also signals disruptions to the staples of the ocean's food chain – phytoplankton and zooplankton. "My area is the microbial side of the food chain," says Law, "the plankton." Carbonate is a vanishing commodity in an acidifying ocean, he says, but some plankton rely on it to make shells, "so we want to know what may happen to these organisms."

Phytoplankton are especially important. Not only do they take up carbon out of the atmosphere and produce 50 per cent of the oxygen we breathe, they're also the bedrock of the ocean's food chain. "They're the grass of the ocean," says Law. "As they're grazed upon, the carbon they fix gets transferred up the food chain and eventually into the fish. That means plankton ultimately underpin fish stocks, so we need to know what's going on."

Like Nelson, he believes acidification might create winners and losers. More CO2 might increase phytoplankton and macroalgae biomass, which could benefit the food chain. However, he says, we still understand little about phytoplankton's place in that chain. To better identify trends and changes, NIWA is gathering baseline information about New Zealand plankton species and their abundance, using floating particle traps. Data suggest that one zooplankton group, the pteropods or sea butterflies, may be already declining in subantarctic waters.

"The problem for the sea butterflies is that their shell is made of the highly soluble aragonite, and as surface waters become under-saturated, they will be under increased pressure to maintain their shell. The concern is that they won't survive."

The data need statistical analysis, says Law, "but the different results hang together: the pH decline we're seeing in subantarctic water, the experiments that show pteropods have problems below a certain pH, and their declining numbers in the particle trap record. There's a consistent story there, and it's not a good one."

As it is, deepwater corals already have a tough time extracting the minerals they need from the cold depths. The issue for aragonitic stony corals, Bostock says, is whether they will be able to come up with strategies to counter their increased solubility in lower pH waters.

Some corals build from both aragonite and calcite, she says. "Can they change which mineral they're going to produce if the water becomes under-saturated in aragonite? Can they start producing calcite instead to help them survive?"

She and Tracey are testing deepwater chemistry, looking for different 'saturation horizons' – critical thresholds below which minerals begin to dissolve. The saturation horizon for aragonite could be particularly important – overseas research suggests it controls the depth at which most habitat-forming stony corals are found. The expectation is that acidifying oceans will force deep sea corals into shallower, more carbonate-rich waters. If habitat-forming corals are indeed important to commercial fisheries, the implications for New Zealand's deepwater sector become obvious, says Tracey. (See end of article: It's worse than we thought).

Meanwhile, the pair are monitoring live corals at NIWA's Mahanga Bay facility, where the many variables can be more easily manipulated and measured. It's pioneering stuff, and the challenge for now is simply to keep the corals alive long enough to test the hypothesis.

Backing all these lines of enquiry is Dr Kim Currie, a chemist with NIWA's Dunedin-based Centre of Physical and Chemical Oceanography. She analyses seawater samples for bicarbonate and carbonate.

For the last 14 years, in collaboration with the University of Otago's Chemistry Department, Currie has run a time series, tracking acidification. Every two months, she collects water samples along a 65-kilometre line from the tip of Otago Harbour out into subantarctic waters.

The series is invaluable because it covers the subtropical Southland Current and subantarctic water masses in a one-day trip: the only place in the world where this is possible.

Along the line, Otago University scientists measure the pH, while Currie measures the other three parameters – alkalinity, total dissolved inorganic carbon and partial pressure of CO2. The data help model changes in different water masses at different times. For example, pH is linked to temperature, so varies between summer and winter, and from year to year.

After 14 years, says Currie, the data are starting to reveal trends. "It seems like there's a change, and we think it's probably due to atmospheric CO2, but ... I'd be reluctant to say that for definite."

Maybe not, but her observations match those from other places around the globe. "When we start putting it together, then it really is pointing to the pH decrease being human-induced."

CO₂ circulation in the world's oceans is the concerted product of two natural 'pumps'. The solubility pump operates in those parts of the ocean – particularly polar regions – where cold, dense water sinks, carrying dissolved CO₂ down with it.

The biological pump is driven by phytoplankton, which fix carbon during photosynthesis. When the tiny animals die, their cells sink, carrying some of that carbon into the deep ocean.

By carrying carbon away from the surface, both pumps lock CO₂ away from the atmosphere for hundreds, sometimes thousands, of years.

pH is the standard measure of how acidic or alkaline a solution is. A pH of 7 is 'neutral' on a scale from 1 to 14. A pH greater than 7 is 'alkaline'. A pH of less than 7 is 'acidic'. An example of an alkaline solution is oven cleaner (pH13). On the acidic side of the scale, black coffee is pH5, while vinegar is pH2.

The oceans have a natural pH of about 8.2, making them mildly alkaline. Since the industrial revolution, it's thought that the pH of oceans has decreased by about 0.1 units, because of increased absorption of CO₂. So while the ocean is still alkaline, it's more acidic than it was.

It's worse than we thought

By linking global climate models with biogeochemical ocean models, scientists can forecast changes in ocean acidification, and the news isn't good. The 'saturation horizon' for aragonite is rapidly foreshortening.

An international study released in early July 2012, based on actual measurements, shows the saturation horizon in the New Zealand region is changing much more rapidly – by a couple of metres each year.

NIWA Marine Biogeochemist, Dr Cliff Law, calls bacteria "the refuse men of the ocean," vital to life on Earth because they break particulate material down to its small constituent compounds.

"Enzyme activity is very sensitive to both temperature and to pH, and both are going to change in future oceans that are warmer and more acidic. So the question is: are these enzymes going to change their activity? And what's that going to mean for the rate that material gets broken down in the oceans?"

So far, the answers aren't reassuring. Early work suggests some enzymes become more active under a lower pH. "The faster the material is broken down," says Law, "the quicker it gets converted back to CO₂, which goes back to the atmosphere.

"One outcome of this is that the pathway of locking the carbon away in the deep ocean is being short-circuited.
It's a kind of positive feedback effect with negative consequences."

Once cooled, the water flows into mixing tanks, where CO₂ is bubbled through to create various pH levels that mirror predicted changes in polar ocean acidity. Water samples are automatically drawn from each tank and assessed by a purpose-built, highly accurate spectrometer.

The system is also being used to study paua, Bluff oyster and deepsea coral species. 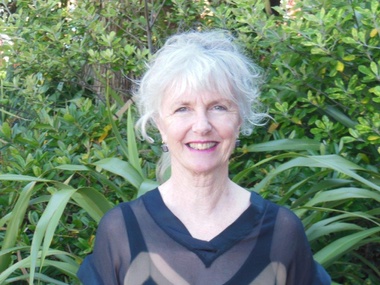