If the low abundance of fish in your stream is not related to a reduction in habitat, water quality, flow, or the presence of downstream barriers, the problem may be due to the failure of new recruits (i.e. juvenile fish migrating upstream from the sea) to enter the stream.

This occurs when flooding flushes adults out of a stream, when toxic substances kill large numbers of fish, or when over-harvesting removes too many fish from a habitat.

Low recruitment could also be caused by widespread depletion of stocks. This reduces the overall number of larvae at sea along with juvenile migrant fish entering rivers. The upstream migration of some juvenile galaxiid fish can be reduced by turbidity and results in few or no galaxiids, even though habitat is present.

As some galaxiids are attracted into rivers by pheromones from adults, natural recruitment can be enhanced by stocking adults into a stream. If juvenile migrants cannot be obtained from the wild, consult a hatchery. There are hatcheries for freshwater fish in Raglan and the Mahurangi Technical Institute at Warkworth.

Where it is difficult to retrofit large barriers such as large dams with fish ladders or passes, use a trap and transfer system to capture juvenile migrants at the base of the dam and release them at the top. Stocking is required for migrant species (redfin bullies, torrent fish, bluegill bullies and eels). Other species do not require stocking because they are able to establish landlocked populations above the dam, where they develop larvae to the juvenile migrant stage.

Relocating fish from one catchment to another is regulated by the Fisheries Act and you may need to obtain a permit or approval from the Department of Conservation, the Ministry of Fisheries or Fish & Game.

The gene pool of species which are going to be stocked needs to be considered.

If in doubt, consult DOC. 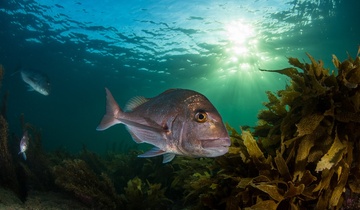 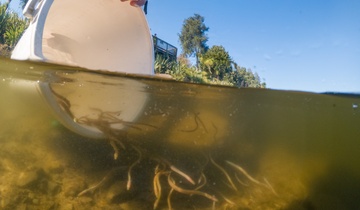