This material is based on the IPCC 5th Assessment report.

See Climate Change Projections for New Zealand for the detailed 2016 NIWA report to Ministry for the Environment on New Zealand climate change projections based on the IPCC 5th Assessment.

For earlier scenarios see previous information based on the IPCC 4th Assessment report.

What is a climate change scenario?

Predicting human-induced ("anthropogenic") changes in climate, over the next 100 years, for a particular part of New Zealand requires:

Given our current knowledge and modelling technology, there are uncertainties in each of these steps. For example, emission predictions depend on the difficult task of predicting human behaviour, such as changes in population, economic growth, technology, energy availability and national and international policies, including predicting the results of international negotiations on constraining greenhouse gas emissions. Our understanding of the carbon cycle and of sources and sinks of non-carbon dioxide greenhouse gases is still incomplete. As discussed in NIWA’s climate modelling web page, there are significant uncertainties in current global climate model predictions—particularly at the regional level.

The climate change scenario approach recognises these uncertainties. A scenario is a scientifically-based projection of one plausible future climate for a region. For guidance on regional impacts of climate change, a range of scenarios is desirable. These can span credible estimates of future greenhouse gas emissions, and the uncertainty range in climate model predictions.

For the IPCC Fifth Assessment, a new set of four forcing scenarios was developed, known as representative concentration pathways (RCPs) (van Vuuren et al, 2011). These pathways are identified by their approximate total (accumulated) radiative forcing at 2100 relative to 1750:

These RCPs include one mitigation pathway (RCP2.6, which requires removal of some of the CO2 presently in the atmosphere), two stabilisation pathways (RCP4.5 and RCP6.0), and one pathway (essentially ‘business as usual’) with very high greenhouse gas concentrations by 2100 and beyond.

Figure 1 compares the atmospheric concentrations of carbon dioxide in the 4 RCPs with those from four of the best-known SRES scenarios described in the discussion of earlier scenarios. Note that the new RCP2.6 scenario is very different from all previous scenarios considered by the IPCC. Six GCMs were selected for ‘dynamical’ downscaling, and some results are presented below. For this downscaling approach, sea surface temperatures and sea ice concentrations from the six models were used to drive an atmospheric global model, which in turn drove a higher resolution regional climate model (RCM) over New Zealand. The six models were chosen to validate well on present climate. Daily output data were further downscaled to an approximately 5 kilometre grid for the following climate variables: precipitation, maximum temperature, minimum temperature, potential evapotranspiration, downward solar radiation at the surface, relative humidity, 10-metre wind speed, and mean sea-level pressure.

Figure 2 shows temperature projections over New Zealand to the year 2120 from the 24 RCM simulations carried out by NIWA (6 models by 4 RCPs). Figure 2: Projected New Zealand-average temperatures relative to 1986-2005, for six IPCC 5th Assessment global climate models, and for the historical simulations (here 1971-2005) and four future simulations (RCPs 2.6, 4.5, 6.0 and 8.5). Individual models are shown by thin dotted or dashed or solid lines (as described in the inset legend), and the 6-model ensemble-average by thicker solid lines, all of which are coloured according to the RCP. [NIWA]

Figures are shown only for 2090 and for the highest of the four RCPs (RCP8.5), because these most clearly demonstrate the direction of the change. Other RCPs, or changes to 2040, will have smaller projected changes (see full MfE report).

Figure 3 shows the regional model projections of New Zealand mean temperature at the end of the century (2081-2090 average, relative to 1986-2005) under RCP8.5. Temperature increases everywhere, and the increases tend to be larger in summer, and in the North Island, and at higher altitude. Figure 3: Projected changes in mean temperature (in °C) for summer (Dec-Jan-Feb) and winter (Jun-Jul-Aug) by the end of the 21st century, for the ensemble-mean of 6 climate models under the highest CO2 concentration scenario RCP8.5 from the IPCC 5th Assessment. [NIWA]

Figure 4 shows the regional model projections of New Zealand mean precipitation at the end of the century (2081-2090 average, relative to 1986-2005), under RCP8.5. In summer, precipitation generally either decreases or shows little change for most of the country, except for the West Coast of the South Island, and parts of Canterbury. In winter, precipitation changes show a pattern of increases in the west and south, and decreases in the east and north of the country, reflecting an increase in prevailing westerly quarter winds. Small changes in precipitation are usually a consequence of lack of consensus between the different climate models in the seasonal changes in circulation. Figure 4: Projected changes in precipitation (in %) for summer (Dec-Jan-Feb) and winter (Jun-Jul-Aug) by the end of the 21st century, for the ensemble-mean of 6 climate models under the highest CO2 concentration scenario RCP8.5 from the IPCC 5th Assessment. [NIWA]

The Our Future Climate New Zealand tool is an online menu-based system for exploring projected temperature and rainfall maps for New Zealand and charts for a selection of locations. The maps and charts are based on the same six dynamically downscaled models and four RCPs, described above. Every combination of model and RCP can be explored.

Increasing temperatures result in more “hot days” and fewer frosts. Figure 5 quantifies these changes by the end of the century under RCP8.5. New Zealand, with its maritime climate, does not experience the extreme high temperatures that occur in many other parts of the world. A daily maximum temperature threshold of 25°C has therefore been chosen to mark a “hot day” in Figure 5. This threshold has a practical application for New Zealand agriculture—beef and dairy cattle tend to start experiencing heat stress at temperatures above this threshold.

Hot days increase much more in already warmer regions of the country (like the north of the North Island), whereas cold (frosty) nights will show much larger decreases in occurrence in colder regions. For example, very little change in frost frequency occurs in warmer coastal parts of the North Island. Figure 5: Projected changes in the annual number of hot days (maximum temperature 25°C or above) and cold nights (minimum temperature 0°C or below) by the end of the 21st century, for the ensemble-mean of 6 climate models under the highest CO2 concentration scenario RCP8.5 from the IPCC 5th Assessment.

A warmer atmosphere can hold more moisture, and so the potential for more intense rainfall events is increased. Cycling of water through the atmosphere (i.e., evaporating from the surface, transportation by winds, and ultimately precipitating out) accelerates under global warming by about 3% per degree of warming, which is not as fast as the rate of increase in moisture holding capacity (about 7-8% per degree of warming). Thus, recharge of atmospheric moisture takes a bit longer and results in more dry days in many locations. Thus for rainfall, as opposed to temperatures, extremes increase at both ends of the spectrum: more heavy rainfall and more dry days.

Figure 6 illustrates this pattern of extremes. Almost the entire country shows some increase in heavy rainfall, with increase above 30% in much of Otago and Southland. “Heavy” or “extreme” rainfall is defined here as the 99th percentile of the daily rainfall distribution over 1986-2005 (at every 5 km pixel on the map). For places where it rains, on average, every 3 or 4 days, this corresponds approximately to the average annual maximum. More extreme rainfall, such as 1 in 100 year events, are expected to show even larger increases.

The number of dry days (daily precipitation of less than 1mm) increases over most of New Zealand. The banded pattern over the Southern Alps is thought to be due, at least in part, to more precipitation falling as rain which falls out more quickly in the west, compared to snow which falls more slowly and gets carried further across the mountains. Projected changes in extreme precipitation (in %) and in the number of dry days per year by the end of the 21st century, for the ensemble-mean of 6 climate models under the highest CO2 concentration scenario RCP8.5 from the IPCC 5th Assessment. [NIWA]

The largest increases in extreme daily wind speed occur in coastal Canterbury and central Otago, with increases in excess of 10%, by the end of the century under RCP8.5. It is likely that these increases are associated with stronger foehn winds in the lee of the Southern Alps, occurring in winter and spring with stronger prevailing westerlies.

Figure 7 suggests little change or even a decrease in extreme daily winds in Northland and Bay of Plenty. This may be an underestimate: it is suspected that the geographic domain of NIWA’s regional climate model is too small to properly intensify ex-tropical cyclones entering the New Zealand region. In the global models, tropical cyclones are too weak because of the low model resolution and the small scale of these intense circulations. Figure 7: Projected changes in extreme daily wind speed (in %) by the end of the 21st century, for the ensemble-mean of 6 climate models under the highest CO2 concentration scenario RCP8.5 from the IPCC 5th Assessment. [NIWA] 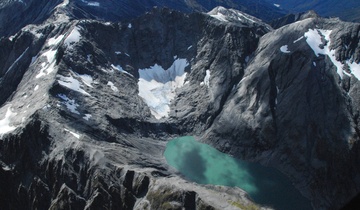 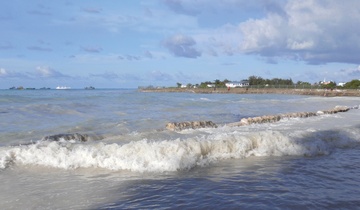 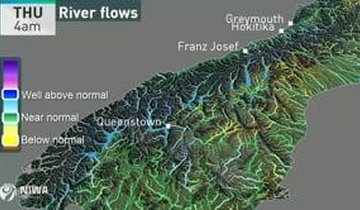