Antarctica is experiencing stunning skyscapes like those recently seen in New Zealand, thanks to the afterglow effect from the Tongan volcano.

Scientists working in Antarctica have captured breath-taking photos of the skies above the icy continent, including these mesmerising shots taken by Antarctica New Zealand science technician Stuart Shaw, who is stationed at Scott Base for the winter.

“Usually in mid-winter, Antarctica is nearly continuously dark, except for a slight ‘nautical twilight’ at around midday which means the horizon is faintly visible in good conditions. But this year, we were presented with quite a show, which had most of the station personnel grabbing jackets and running outside with their cameras to look at the awesome colours. Believe it or not, I haven’t edited these shots either, they are pretty much as we saw it. It’s incredible,” said Mr Shaw.

He was prompted to share the images after seeing a story from NIWA about unusually pink skies in New Zealand, caused by remnant aerosols in the stratosphere from January’s Tongan volcanic eruption, which made him realise that he was seeing the same effect at the bottom of the world.

NIWA forecaster Nava Fedaeff says that satellite lidar (laser radar) data shows an abundance of aerosols in the stratosphere between 15 – 24km above Antarctica, which weren’t present before the eruption. “Stratospheric aerosols can circulate the globe for months after a volcanic eruption, scattering and bending light as the sun dips or rises below the horizon, creating a glow in the sky with hues of pink, blue, purple, and violet. These volcanic twilights are known as “afterglows”, with the colour and intensity dependent on the amount of haze and cloudiness along the path of light reaching the stratosphere,” said Ms Fedaeff.

The aerosols are mostly sulphate particles, but as this was an undersea eruption, water vapour droplets as well as sea salt are also likely to be in the mix.

“Nature never fails to put on a show in Antarctica, and it can be beautiful or destructive”, says Antarctica New Zealand’s Chief Science Advisor Jordy Hendrikx.

“These photographs capture the awe it inspires, and how connected our planet is. Antarctica is some 5000km from New Zealand, some 7000km from Tonga, but we share our skies."

“What happens in Antarctica affects us at home, and the other way around too. Much of the science that we support aims to understand those dynamics in the atmosphere, oceans, and ecosystems, and to help better understand the connectivity between Antarctica, New Zealand, and the wider world.” 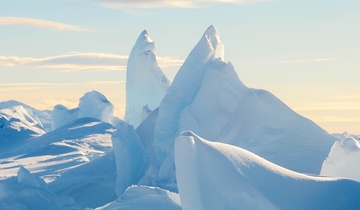 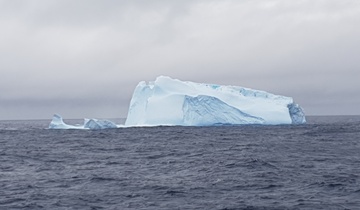 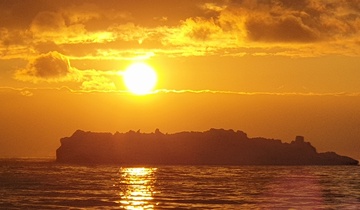 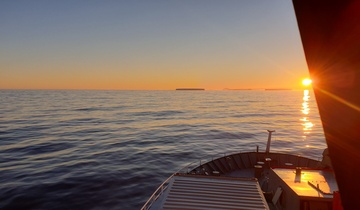 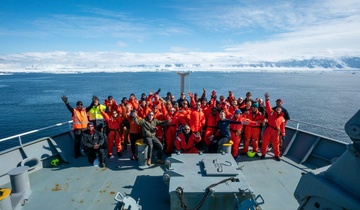