Just past the locks, alarms and big heavy doors is a rather macabre sight.

To see it, you first need to grab a heavy jacket, pick a beanie out of the box and put on a pair of industrial strength gloves because it’s cold in there: -20ᵒC to be exact.

The NIWA freezer at its Greta Point, Wellington site is huge – shelf after shelf of boxes and bins contain a scientific treasure trove of frozen fish, marine mammals and sea birds. While it looks a little chaotic, everything is carefully labelled and stored in sections labelled “For Te Papa” or “Incoming” or “Sea birds” or “Observer Samples”. There’s a place for everything, it’s just that most of the places are full and it’s time for a clean out.

Fisheries technician Jeff Forman says they’ve had giant squids on the floor from time to time, but “we try not to have those as they take up too much room”.

“Look at this bad boy,” he says as he pulls a large yellow bin down from the top shelf. Inside is a large king crab, a beautiful specimen that will be used to further scientific knowledge of the species.

Opposite the king crab shelf are the seabirds. There’s an albatross in a bag, a few shearwaters and possibly a penguin although it’s a bit hard to tell under the several layers of plastic.

At the opposite end of the freezer is a leopard seal in a plastic bag being stored there by cetacean biologist Dr Krista Hupman. The animal was found washed up dead on a remote beach and delivered to Dr Hupman who will thaw it out and dissect it when time permits.

In addition to the full leopard seal there are also frozen flippers and heads that Dr Hupman hopes will be the start of a leopard seal bone, tissue and skin archive that will be invaluable for future research.

“There is so much information we can learn from these specimens that can potentially help protect this amazing animal.” Dr Hupman is also the keeper of the leopard seal scat collection – bag after bag of faeces – that will be thawed and sieved, the bones and feathers picked out and identified to work out more about their diets.

The shelf marked “To go to Te Papa” is stacked high and awaiting someone to take the lot to permanent storage in the National Fish Collection.

But as soon as some temporary residents move out, new ones appear.

Every few weeks NIWA receives an assortment of specimens collected by staff onboard research vessels undertaking fishing trawl surveys, or by observers on commercial fishing boats. They pick out unfamiliar fish or ocean invertebrates from the bycatch or specimens that have not previously been spotted in the area.

Most end up in the freezer before being sent for expert identification. Scientists say these opportunistic samples provide a wealth of knowledge about the diversity of the region we wouldn’t otherwise have.

Forman mostly works on fish stomachs. A large amount of shelf space is dedicated to frozen fish guts before they are meticulously examined and their diets carefully recorded. This information is crucial to understanding how fish populations may be changing and the challenges they face to survive. Well over a metre from claw to claw, the king crab (Lithodes aotearoa) takes up more than its fair share of shelf space. [Sam Fraser-Baxter]

Samples provide a wealth of knowledge

The shark section is also pretty big although a cling-filmed frozen shark looks a lot less threatening than the real thing.

Shark researcher Dr Malcolm Francis says most of the sharks in the freezer are small due to limited space with a number archived and kept indefinitely on behalf of the Ministry for Primary Industries.

Other shark specimens are used to research the age and growth of various species. Sections of shark vertebrae are particularly useful because they contain growth rings. “We cut a thin section out of the middle, put it under a microscope and count the rings.”

Cartilage or muscle parts can be used for genetic research and researchers will also look at reproductive stages along with other important biological information.

Increasingly, NIWA is receiving samples that may pose a threat to New Zealand’s marine biosecurity. These specimens are carefully tracked and shelved separately.

And while the NIWA freezer may be the final resting place for some special species, it pays for humans not to linger too long. If the sharks don’t get you, the cold surely will.

This article forms part of our 2019 Summer Series and Water and Atmosphere - February 2020 edition. 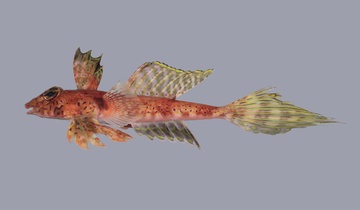 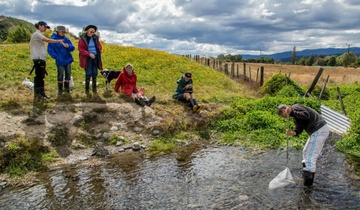