A team of 22 Australian, New Zealand and French scientists will depart Wellington next week, onboard NIWA's RV Tangaroa, for a 42-day voyage to the Mertz Polynya region of Antarctica.

Follow the progress of the voyage on this blog.

In 2010, the tongue of Antarctica's Mertz Glacier was rammed by a huge iceberg, causing much of the tongue to break away. Scientists want to study the impact of this massive change to the Mertz Glacier on the surrounding environment.

This region is one of three unique places around Antarctica which control the properties of the deep ocean - thus the breaking ice tongue could have wider impacts on global ocean circulation. To study the changes in the ocean, the scientists will use a suite of underwater cameras, moorings and sensors.

NIWA oceanographer and voyage leader Dr Mike Williams says, "The Mertz Polynya is an ideal study site as it has had a big change to a small region, with potentially global implications, yet it is a small enough area that can be studied in a single voyage."

The voyage is part of the research program of the Antarctic Climate and Ecosystems Cooperative Research Centre, based in Hobart, in which NIWA is a core partner.

Dr Williams says, "This is part of long-term research programme in this region, where we need to keep monitoring to keep track of the rate of change."

The Mertz Polynya is one of three places in the world where the densest ocean waters form.

"One of the aims of this voyage is to understand how the ice tongue breaking off has changed the polynya and hence how much dense water is formed there. We also hope to map the seafloor and reveal the area under the glacier tongue for the first time," says Dr Williams.

A polynya is an area of open water surrounded by sea ice. Polynyas are kept free of sea ice by the wind, which constantly blows away any ice that tries to form. The formation of sea ice creates heavier saltier water, which then sinks.

"In the Mertz Polynya region the seafloor is like a bowl under the ocean, catching all this salt. Then that basin overflows down into the deep ocean. It's like a dam overflowing after heavy rain," says Dr Williams.

Antarctic bottom water is the densest in the ocean, so it spreads to fill the bottom of the global ocean. This means it has a significant influence on global ocean circulation.

"One of the aims of this research is to understand how changes in polynyas will affect the flow in the deep ocean," says Dr Williams.

"By comparing the new measurements to previous observations, we will determine how the temperature, salinity and circulation of the Southern Ocean are changing."

Dr Steve Rintoul is the leader of the Australian team on the voyage. "Our earlier research in this region has shown that rapid changes are underway in the deep ocean, but we are not yet sure what is driving the changes. The measurements collected on the Tangaroa voyage will be used to test the hypothesis that increased melt of Antarctic ice is driving changes we see in the deep ocean," Dr Rintoul said.

Sedimentary cores will be retrieved from the seafloor using a long metal cylinder, which is lowered to the ocean floor and then pushed into the sediment under a heavy weight.

NIWA geologist Dr Helen Bostock says, "These sediment cores are archives of past changes in the ocean. The data from cores provides clues as to how the ocean temperature, nutrients, biological productivity, and sea ice extent have changed over thousands of years."

"We will be monitoring the surface ocean CO2 and the atmospheric CO2 on the transit across the Southern Ocean," says Dr Williams.

Samples will also be collected in the water column. This will measure how much CO2 is being stored in the deeper waters.

Scientists will be looking at how much carbon is going into the deep ocean, and provide evidence for ocean acidification. Ocean acidification is the result of increased CO2 in the water, which reduces the pH and affects the ability of some organisms to form their carbonate skeletons.

Dr Bostock says, "Models have suggested that by as early as 2030, the surface of the Southern Ocean will be under-saturated with respect to some minerals that organisms use for their shells. This could have a significant impact on the types of organisms that live in the Southern Ocean."

Scientists will be sampling for plankton using a continuous plankton recorder and plankton nets. The purpose of these surveys is to map the patterns over time, and then to use the sensitivity of plankton to environmental change as early warning indicators of the health of the Southern Ocean.

These observations and samples will augment ongoing Sub-Antarctic and Southern Ocean research programmes. This research is funded by the Australian Antarctic Climate and Ecosystem Cooperative Research Centre, the French Laboratoire d'Océanographie et du Climat (Locean), and NIWA through its government-funded core research.

To illustrate this release see images and map at: Steve Rintoul with some of the gear being deployed (Credit: CSIRO) 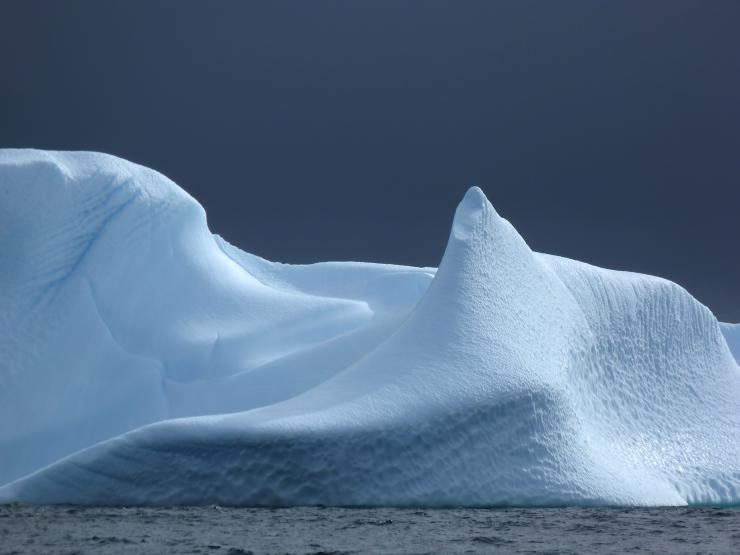