Science in the City

On Thursday 12 April 2012, The Cloud in Auckland opened its doors to the public as part of the first science open day of its kind in New Zealand: Science in the City.

NIWA's largest research vessel Tangaroa was in port briefly before a voyage to the Kermadecs, so we seized the opportunity not only to have some of Auckland's business and community leaders tour the vessel, but to also host a public exhibition to let people get a hands-on experience of our science.

Exhibits ranged from a tank of farmed hapuku (with freshly smoked hapuku to try), to an interactive visualisation of the bottom of the ocean all the way to the top of the atmosphere, and a virtual tour of Tangaroa. Members of the public could test out their skills driving one of our remote operated vehicles (ROVs), or see some of our best coral and king crab specimens. And that's only some of what was on show!

The fact that the NIWA staff at the different stands were the actual scientists working on the research concerned helped the public to get the best possible answers to their questions, and also see that scientists are a diverse bunch that don't always fit the old stereotypes.

There were opportunities throughout the day to listen to some of our scientists give talks on the Hauraki Gulf, Antarctica and white sharks. Professor Sir Peter Gluckman finished off the lectures with a keynote address, discussing the importance of science to New Zealand's economy, both now and in the future.

NIWA was joined in the exhibition by the other CRIs, as well as Auckland Museum and the Pew Foundation, and their contributions were fantastic - including beautiful rotisserie beef, covered in AgResearch's 'secret' spice mix, Scion's bioplastics and two computer games developed by IRL to help with exercise and stroke rehabilitation.

The feedback we've had on Science in the City has been very positive. The only complaint we heard from the public was that they wished that it was on for longer - something we'll definitely bear in mind if we hold this kind of event again!

You can see more photos from the event in this gallery. Members of the public enjoying the Science in the City open day at The Cloud. Credit: Geoff Osborne A member of the public piloting one of NIWA's ROVs at Science in the City. Credit: aimee whitcroft 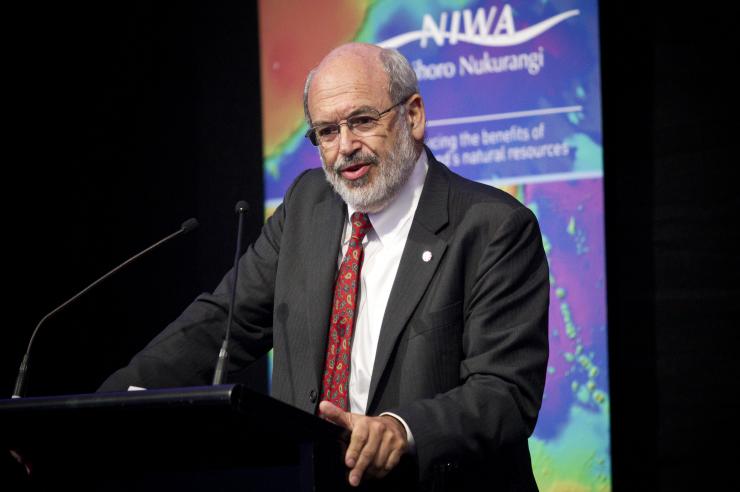 R.V. Tangaroa alongside The Cloud at night. Credit: Geoff Osborne