So far, we’ve learnt about the types of weather we see most of the time. If you wake up and look out the window to see that it’s sunny, cloudy, rainy or a little bit windy, you probably won’t think too much about it. However, once in a while the weather becomes much more dangerous – what meteorologists call severe weather.

One of the most serious types of severe weather to affect New Zealand are tropical cyclones.

As the name suggests, these storms develop in tropical regions closer to the equator. That’s because cyclones require very warm ocean temperatures (27°C or greater) and light winds high in the atmosphere in order to form and strengthen, and both of these things are commonly found in the tropics. Tropical cyclones are also HUGE – the largest can measure up to 2,000 km in diameter.

Tropical cyclones can become very destructive, with the strongest ones having wind gusts over 300 km/h. Winds this strong can easily destroy trees and buildings. Usually the most dangerous aspect of a tropical cyclone is what’s called storm surge. This happens when ocean water “piles up” underneath a cyclone, and then causes flooding in coastal areas as the cyclone reaches land.

Tropical cyclones usually occur during summer and autumn when water temperatures are their warmest. In New Zealand , the tropical cyclone season lasts from 1 November until 30 April.

Much smaller than tropical cyclones, but no less dangerous, are severe thunderstorms and tornadoes.

Thunderstorms can form when the atmosphere is unstable, meaning that air near the ground is much warmer than air high in the atmosphere. An unstable atmosphere allows air to rise rapidly, which can result in a cumulonimbus cloud forming and eventually a thunderstorm. Thunderstorms produce lightning, gusty winds, heavy rain and sometimes even hail.

In New Zealand, thunderstorms must meet one or more of these specific criteria to be considered severe:

Tornadoes are violent rotating columns of air extending down from severe thunderstorms to the ground.

How do tornadoes form?

Inside severe thunderstorms, a change in wind direction and an increase in wind speed with increasing height creates a spinning effect. Rising air inside the thunderstorm tilts the spinning column from being horizontal to the ground to being vertical.

Occasionally, this vertical spinning air column can travel down from the cloud to the ground, and when this happens a tornado has formed. If the spinning column drops below the cloud but doesn’t quite reach the ground, it is known as a funnel cloud. Similarly, a tornado that touches down on the ocean or a lake is called a waterspout.

The strongest tornadoes can cause incredible destruction, with wind speeds of 450km/h or more and widths of up to 1.5 kilometres. Tornadoes this big are very rare and usually occur in the United States. The tornadoes we experience in New Zealand are relatively weak and don’t occur very often. A drought refers to a lack of rainfall that results in a shortage of water. They can last for months or even years.

While it’s normal to have wetter and drier periods throughout the year, droughts occur when less rainfall than normal occurs over a long period of time. This lack of rainfall can have a devastating effect on crops, livestock and cities’ water supplies. In 2018 it was feared that the South African city of Cape Town may run out of water entirely after a severe drought that had lasted three years. Luckily, heavy rains came in June 2018, refilling Cape Town’s reservoirs.

Droughts can happen here in New Zealand too. In fact, from late 2019 through the first half of 2020, rainfall in the Upper North Island and Auckland was well below normal, causing councils to put restrictions on water use.

A monsoon is a seasonal change in wind direction that can result in weeks or even months of heavy rainfall in summer and dry periods in winter.

While monsoons occur in several different parts of the world, they are most often seen in South Asia, particularly in India and Bangladesh.

The monsoon occurs because during summer the land heats up much more than the surrounding ocean. This causes the air over the land to rise forcing moist ocean air to rush inland and “fill the gap” where the rising air used to be. Across much of India, the monsoon brings heavy rainfall between the months of June and September, which can account for nearly 80% of India’s yearly rainfall total. The monsoon winds reverse their direction in September as northern India rapidly cools off.

While the South Asia monsoon is the most well-known, monsoons do occur in other parts of the world as well. Some of the other significant monsoons occur in parts of Africa, northern Australia, eastern Asia, and the southwest United States.

Video – the difference between normal and severe weather

Experiment – create a tornado in a bottle

With only a few bits and pieces you can make your own tornado. You can find this activity at www.wikihow.com/Make-a-Tornado-in-a-Bottle.

Spinning the bottle in a circular motion creates a water vortex inside the bottle. The water quickly spins around the center of the vortex because of centripetal force (inward force directing the water towards the centre of its circular path). This is the same way tornadoes form during a thunderstorm. 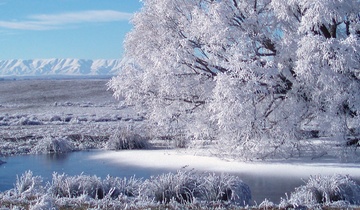 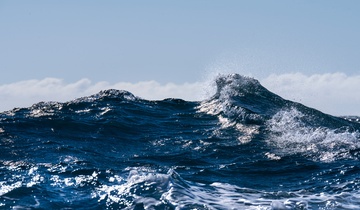 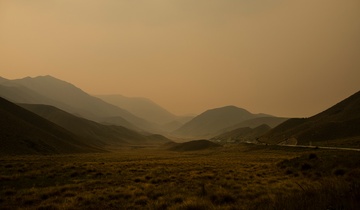