A chance find by a woman walking on a Northland beach is now helping scientists learn more about mako sharks.

Clare Veltman was walking Te Araroa – the 3000 km walking track from Cape Reinga to Bluff. Recently, while on Ninety Mile Beach, she spotted an object on the sand that was shaped like a large fishing lure with an antenna.

“There are no shells along that part of the beach so when you do see an object it catches your eye,” she said.

It was a tag used by scientists to track sharks and included the manufacturer's details and a serial number enabling it to be traced. 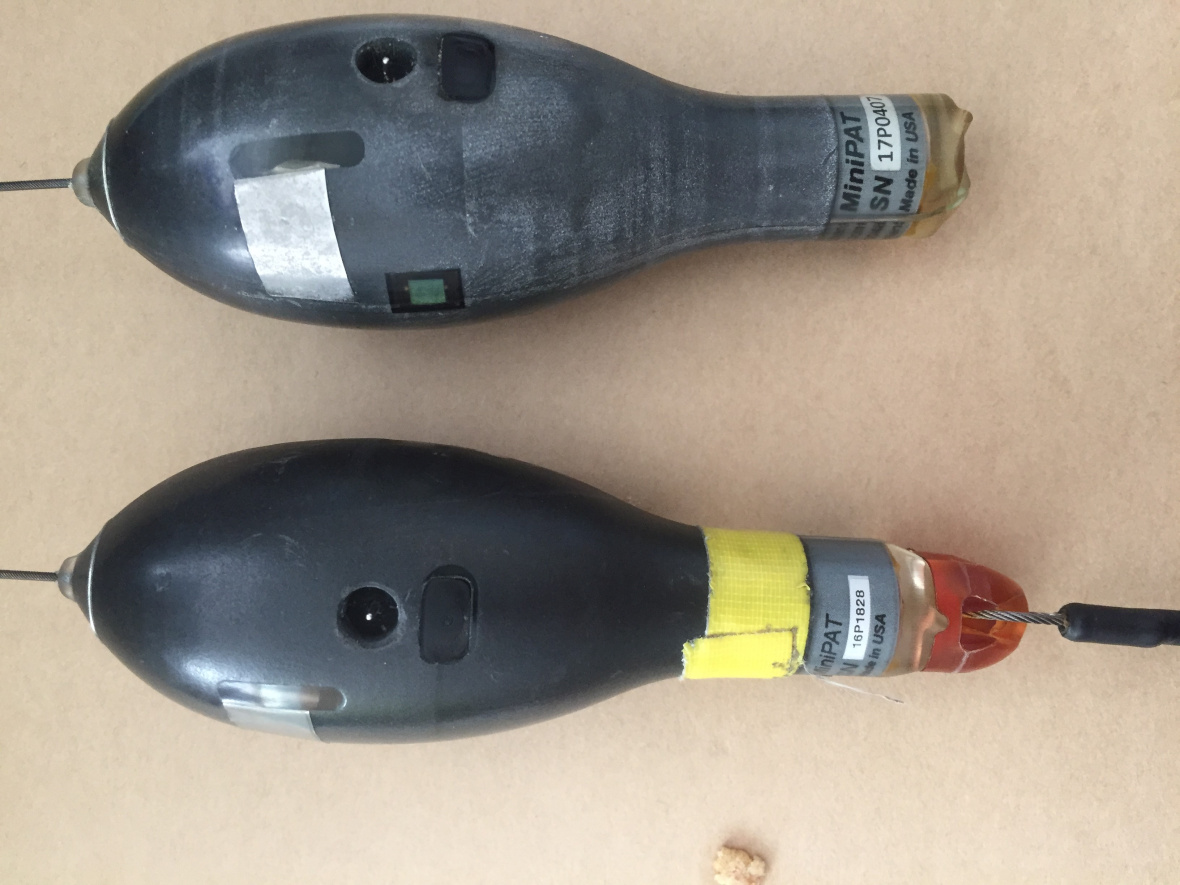 A data transmitting tag that was attached to a mako shark recovered from Ninety Mile Beach (upper) compared to a new tag (lower). [Photo: Warrick Lyon]

“I’m a wildlife scientist by trade, so I knew what it was and immediately thought about the person waiting to get the data it holds. So I put it in my pack and decided to do something about it once I got to Kaitaia.”

The tag was used by NIWA as part of a Pacific-wide study, contracted by the Western and Central Pacific Fisheries Commission, to measure the survival rate of mako and silky sharks returned to the sea by commercial longline fishers. The study is trying to determine whether the way sharks are caught and released makes a difference to their survival. The tag released and first transmitted to the satellite at the first green dot, then drifted for 2-days (yellow, orange, red dots) before transmissions stopped (map above). [Image: NIWA]

NIWA shark researcher Warrick Lyon was excited to get the tag back.

“This is the first tag out of 75 that have been deployed that has been returned to us since the study began in May last year. It provides us with really detailed information that we wouldn’t otherwise have.”

The tag was deployed on a 2.5m mako shark by a fisheries observer aboard a tuna longline vessel working off New Caledonia on July 3. The shark was then released, and it swam to New Zealand. A steel pin in the tag is designed to corrode after 60 days, allowing the tag to float to the surface from where it starts broadcasting data to a satellite system. When this happened the shark – the fastest swimming shark species -  was well inside New Zealand waters.

“The information we get from the tags includes a daily report of minimum and maximum water temperatures, and maximum depth, of the shark while the tag was attached. If we get the tag back, we can retrieve much higher resolution data at ten minute intervals. That level of detail is far more valuable and very exciting.”

Mr Lyon said they knew sharks travelled north from New Zealand to the Pacific Islands, but there was little evidence to show that they also came back again.

“This will build on information we already have and help us establish more about how these sharks use the ocean.”

There is a $200 reward for the return of the tags which Clare Veltman used to upgrade her sleeping mat for her trek.

Mr Lyon says there is at least one somewhere at Lottin Point, Cape Runaway waiting to be found. 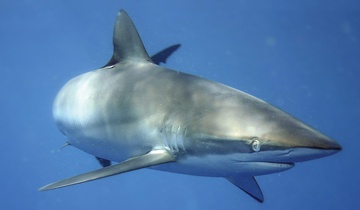