One of the most challenging scientific underwater experiments ever attempted by NIWA is taking place this month on the Chatham Rise.

At least nine separate highly specialised pieces of equipment will be deployed from NIWA's research vessel Tangaroa, in water up to 500m deep. The equipment includes an underwater glider, three undersea observational platforms known as benthic landers, a multi-corer to take sediment samples, seabed moorings, water column sampling equipment, an underwater camera that will be towed above the seafloor and a "benthic disturber".

The aim of the voyage is to disturb a small area of the seabed and create a sediment plume using the benthic disturber. The dispersal of the plume will then be monitored, and surveys before and after the disturbance will measure the effects on the seabed animals.

Voyage leader and NIWA principal scientist Dr Malcolm Clark says that some of the equipment has not been tried before in this situation and deploying so many instruments at once is "extraordinarily complex".

"However, this is very important work that will enable us to provide information about the nature and extent of impacts associated with human activities in the deep sea and the level of resilience of the organisms living there."

The data collected will be used to build up a picture of how the biological communities on the seabed may be affected by the sediment stirred up by mining or bottom trawl fishing.

Uncertainty about the effects of sediment plumes has contributed to applications for seabed mining being declined and the plumes are also an environmental concern for sustainable fisheries certification.

"These activities create plumes of sediment but we don’t know how the sediment affects seabed life as it settles again on the seafloor, and how much deep-sea animals can withstand. We are doing this experiment on a small scale on the Chatham Rise but it will give us a much better idea of how environmental managers and industry can work to mitigate larger-scale disturbance effects," Dr Clark said. The benthic disturber is about 4.5m long and 2.4m wide and contains a pump that mixes sediment with water and turns it into a slurry as it is towed along. The slurry is then pumped out a central chimney to create the plume. The disturbance will take place over about half a square kilometre of seabed.

The plume will be tracked and monitored as it drifts and disperses through the ocean. The benthic landers, which have been built by NIWA and not yet used at sea, will carry a variety of high definition cameras, lights and instruments to record physical, chemical and biological activity. 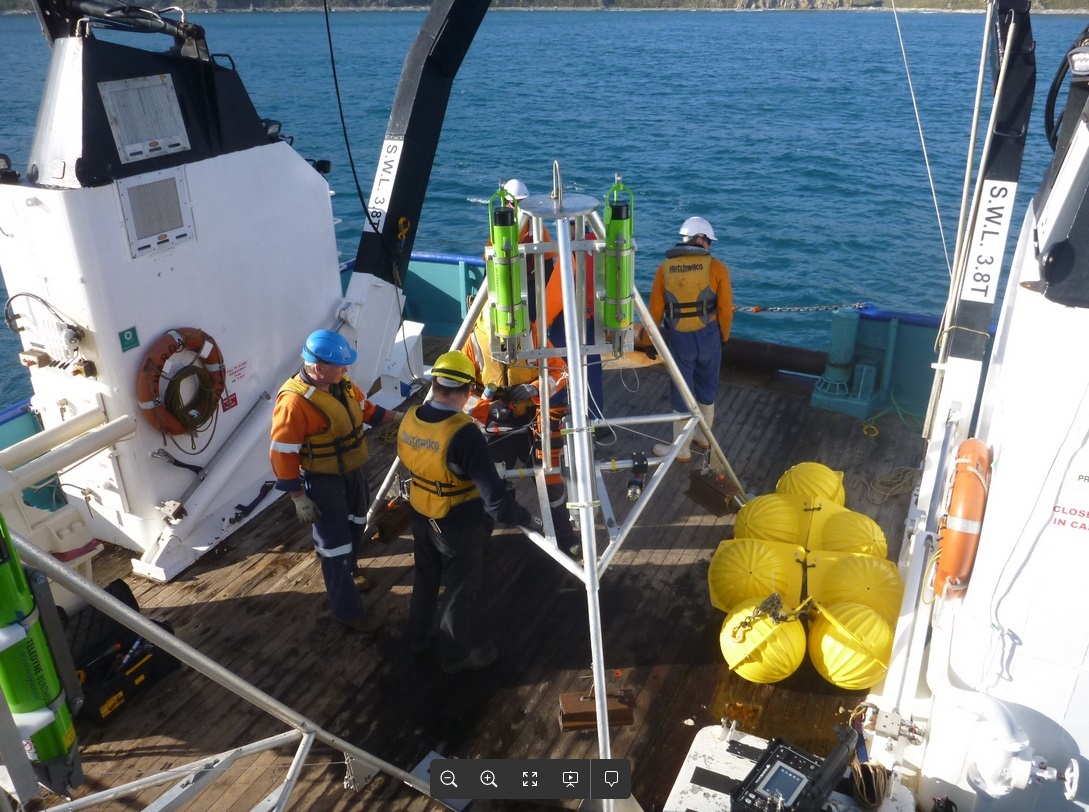 NIWA's ocean glider and a modified acoustic towfish will follow Tangaroa measuring turbidity and the density of the plume, while water samples from inside and outside the plume will be collected, and a towed camera will record high definition still images and video of the seafloor, which will be sampled by small coring and sled equipment.

Three seabed moorings are also being installed at an undisturbed control site where they will remain for a year. The information they record will be used for comparison with the disturbed area.

A laboratory programme will run alongside the work at sea that will provide further information on the resilience of the seabed ecosystem. The research team will collect live sponges and corals and bring them back to a NIWA laboratory where their resilience to various sediment loads will be tested.

"We will compare the measurements taken during the Chatham Rise disturbance experiment with a controlled experiment in the lab, which may be able to tell us the tipping point at which these communities either cope well or are significantly impacted. The field and laboratory studies together will be a powerful combination to address when too much sediment is ecologically significant," Dr Clark said.

This is the first of three surveys, with the monitoring to be repeated in 2019 and 2020 to measure longer term effects and potential recovery of seabed communities. The voyage is a collaboration among NIWA, Waikato and Victoria Universities, with additional input from Okeanus Science and Technology (USA) and Delft Technical University (Netherlands). The research is funded by the Ministry of Business, Innovation, and Employment.

Follow the course of R V Tangaroa taken during this voyage.