Once, or twice a year, when the tides and moon align, the brightly coloured jewel anemone will spawn, sending trails into the ocean in a spectacle that few get to witness. His photograph was a winner in the annual NIWA staff photographic competition which captivated the judges with its “gorgeous light and colour”.

NIWA staff work in many of New Zealand’s most stunning natural locations, from the bottom of the ocean to the mountain tops. These beautiful land and seascapes form the backdrop for the vast array of environmental science undertaken by NIWA researchers.

Peter Marriott is also a specialist diver who dives under the ice in Antarctica undertaking ecological research. His photograph entitled Where the Land Meets The Sky, was taken after Marriott descended through a hole drilled through the ice in New Harbour.

Marine ecologist David Bowden took his shot from the bridge of NIWA’s research vessel Tangaroa in the notoriously rough Southern Ocean when a swell of nine metres from the north west combined with a swell of six metres from the south. Dr Bowden was the leader of a six-week research voyage.

At Little Pigeon Bay on Banks Peninsula, hydrodynamics technician Jo Bind was undertaking a survey following a tsunami caused by the Kaikoura earthquake. He used a strong neutral density filter to create his image using a long exposure to create the dreamy, soft water and sharp, defined land features. This image received the Special Award in the competition.

Crispin Middleton was back diving at the Blue Maomao Arch, Poor Knights Marine Reserve which he says is particularly stunning in winter.

“The low light beams through cracks in the roof of the arch although timing is everything—it’s only like that for an hour or so.”

And environmental monitoring technician Elliot Bowie climbed to the summit of Barrier Knob in Fiordland to capture the magnificent view that lays out the landscape of the area in all its rugged glory.

The judges of this year’s competition were Ross Giblin of Stuff, Gerry le Roux from Science Lens and NIWA photographer Dave Allen. 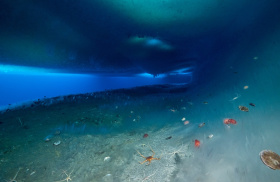 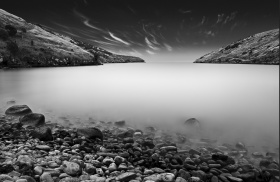 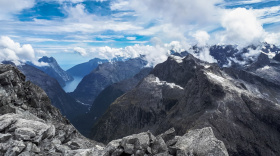 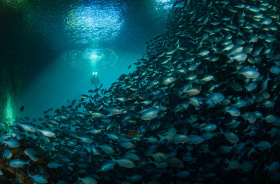 Alvin Setiawan. This is Owha, the leopard seal. 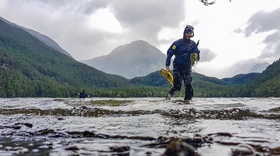 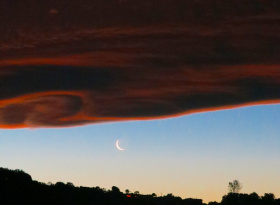 Chris Woods. Sea urchins have a point to make. 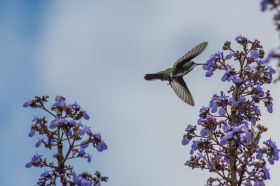