Hāpuku is a member of the Polyprionidae or wreckfish family, which is comprised of nine species of large, demersal fish. Hāpuku is large and thick bodied, reaches 150 cm in length and can vary in colour from silver and blue, brown, and silver combination. As young juveniles, they take on a yellow colour, presumably to blend with kelp.

Most often found in deep waters over a depth range of 50 to 854 metres, this fish species is found throughout southern waters and is common in the waters around New Zealand and Australia. Where stocks are still abundant (such as the Chatham Islands) the species is known to frequent shallow waters. Significant interest has been demonstrated globally for development of this species for aquaculture. The species has long been a delicacy in NZ, commanding a premium price. In Europe, and Spain in particular, a very similar species of wreckfish, Polyprion americanus, is highly prized and considered to be a local delicacy. As a result, Polyprion spp. have been over-fished in most locales. Its premium market position, high value, and limited supply have created interest in the aquaculture sector.

Likewise, there is strong commercial interest here in New Zealand driven by strong markets for this species both locally in New Zealand and Australia, and internationally in Europe and Asia. In Japan, for instance, hāpuku is well known as the highly prized sashimi product known as Minami-osuzuki. As with NIWA’s own analyses, the European wreckfish was identified as a promising candidate for aquaculture (Aquaculture Europe, Diversify Project 2017,

How are hāpuku farmed?

Hāpuku is a truly novel aquaculture species. They are not farmed anywhere in the world, except at NIWA’s Northland Marine Research Centre (NMRC). Research to farm its congener A. americanus has produced only a small number of progeny, with significant production bottlenecks at the spawning and larvae rearing stages. As such, hāpuku has the potential to be a uniquely NZ premium product.

NIWA’s intensive research on broodstock husbandry and hatchery technology for hāpuku has provided a firm platform for the commercialisation of the species. Starting from wild-caught broodstock, we were able to produce juveniles on a yearly basis. In 2013, the captive-bred fish spawned and produced their first juveniles, thus closing the life-cycle of this species for the first time. Indeed, we discovered that captive-bred (domesticated) broodstock produced much higher quality larvae than wild-caught broodstock. Thus, we now have reliable yearly production of second generation fish. To achieve this, our research established a suitable broodstock husbandry protocols to allow consistent natural spawning, and larvae rearing protocols to overcome early mortalities.

Our research on juvenile rearing have established the optimal/suitable environment (e.g., temperature) and husbandry conditions (e.g., feeding regime, density) for growing hāpuku. We have developed and adopted a genotyping by sequencing (GBS) platform, an update of our early microsatellite-based genotyping. Analyses of the genotyping and performance data showed a 25% increase per generation in growth rate under a conservative selection intensity.

All our hāpuku are kept in land-based tanks at NMRC, with the broodstock in controlled environment tanks, designed to maintain optimum temperature and light regimes for natural spawning. We currently hold over 45 hāpuku families for performance evaluation and broodstock selection.

The reproductive performance metrics per egg (e.g., hatching rate, juvenile survival) for our captive-bred broodstock are suitable for commercial production. However, more investment is needed to produce volumes of eggs, and the husbandry infrastructure required for large-scale commercialisation. To that end, our research is currently focused on increasing the fecundity of captive-bred broodstock. We are also growing our second generation of selected juveniles as future broodstock. We welcome industry to partner with us in bringing this unique species to commercialisation. 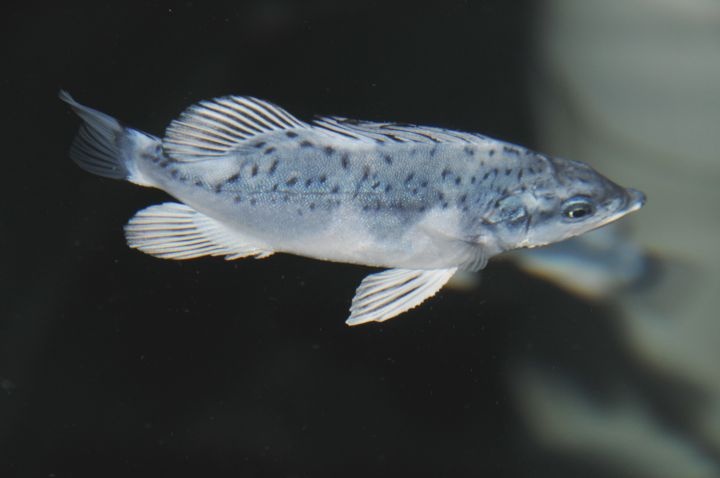