What are you eating? NZ scientists reclassify nori – the seaweed used to make sushi

It may be nori, but not as we knew it. Scientists have changed the taxonomy of one of the most well-known red seaweeds in the world – known as nori in Japanese and karengo in Maori.

This recent breakthrough was possible as a result of investigations that looked at closely related species worldwide and discovered new seaweed genera.

"The scientific name that it has been known by has changed. The seaweed you are eating is probably not classified as Porphyra anymore," says NIWA Principal Scientist Dr Wendy Nelson.

Nori and closely related species are highly prized worldwide, as they are harvested from the wild and also farmed for food. These seaweeds are found in the intertidal and subtidal areas of the world's oceans.

The discovery is very important to breeding programmes central to the multi-billion dollar Asian seaweed aquaculture industry, where researchers are looking for genes that might be of value for enhancing crops. The annual value of the crop is over USD $1.4 billion.

This breakthrough took 15 years of research work. "It has fundamentally changed our understanding of how these things relate to each other," says Dr Nelson.

It clarifies the genetic relationships between different types of seaweed. "In the past, people have tried to cross species that we now know belong to different genera," says Dr Nelson.

This work was done using phylogenetic analysis - extracting DNA and comparing genes. "We made the breakthrough when we combined data from the worldwide data set," says Dr Nelson.

The discovery is also important for our understanding of evolution and biodiversity.

The Bangiales, the order to which these edible seaweed belong, is considered to be a really ancient lineage. "There is a fossil that is 1.2 billion years old that is very similar in appearance to a species alive today," says Dr Nelson.

"In this order of red algae, there used to be filaments and blades. All the filaments had been called Bangia, and all the blades called Porphyra, but when we looked more closely, we realised that this didn't reflect the genetic data," says Dr Nelson.

The scientists have come up with a multigeneric classification for the Bangiales. The name Porphyra has been maintained for the lineage containing the Northern Hemisphere type P. purpurea (Roth) C. Agardh. The two most commercially important species (Porphyra tenera, P. yezoensis) are in the largest new genus Pyropia.

Seaweed has been harvested for food in China from at least 550AD and in Japan as early as 1000AD. New Zealand has around 850 native seaweeds, a third of which are endemic. Māori traditionally use species of red and green seaweed as food. Customary harvest of some seaweed species by Māori has continued, and is recognised in legislation.

In New Zealand we now realise that there are more than 30 different species of karengo, belonging to four different genera, and many of these species still do not have scientific names.

This research was funded by the Ministry of Business, Innovation & Employment. 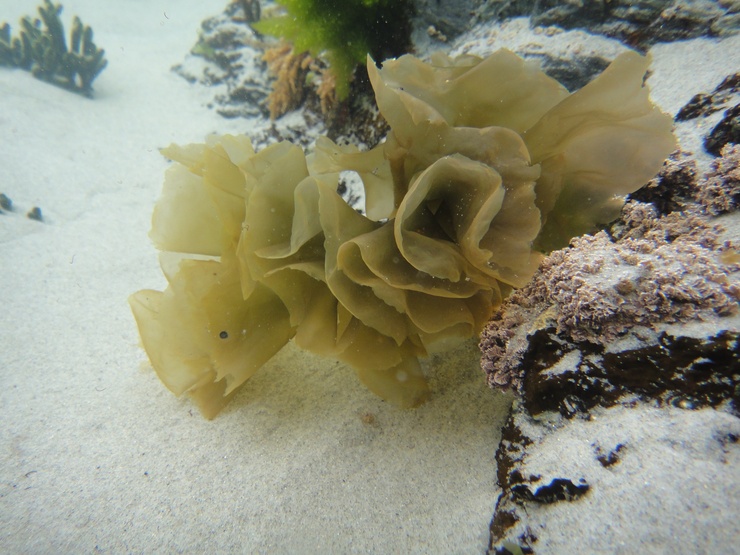