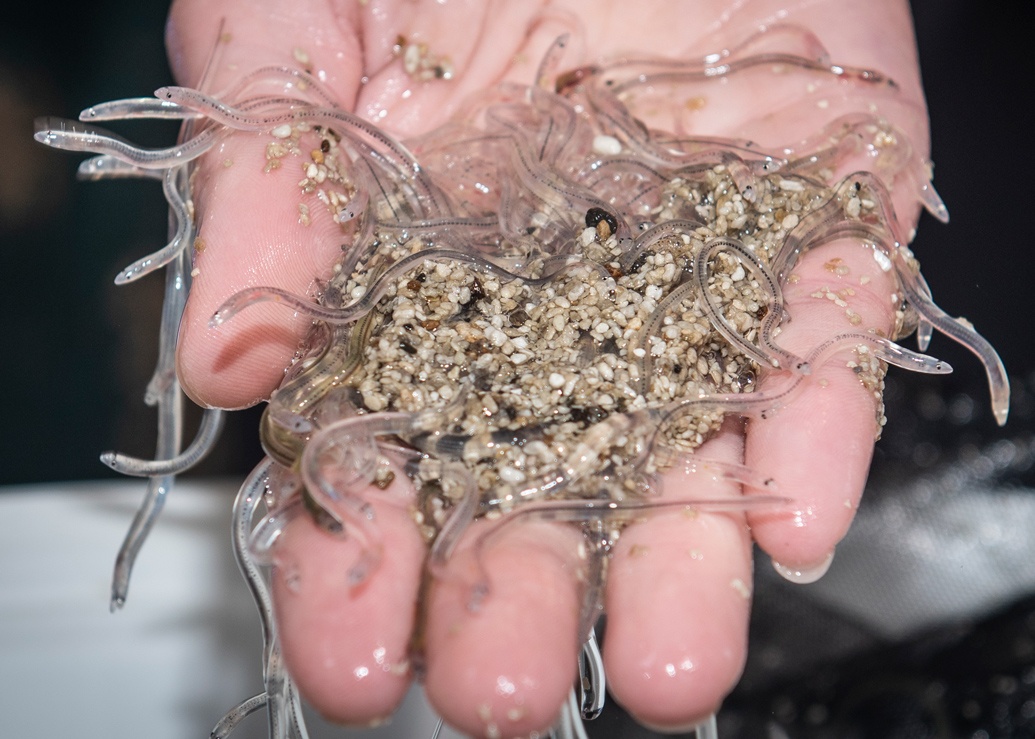 Tuna, or freshwater eels, hold a very special place for iwi. Widely valued as both a food source and a taonga, they are a culturally significant mahinga kai species.

Their survival, and the protection of the waters they live in, is paramount to many.

Toby Salmon, mana whenua from Ngāti Awa, is in no doubt about the importance of tuna habitat in the Bay of Plenty’s Rangitāiki River.

“This is our cupboard, this river, and if we don’t look after it, if we don’t nurture it, we’re going to lose it,” says Salmon.

Tuna have a very unusual life cycle that sees them travelling between freshwater and ocean environments, and much remains secret about the mysterious marine phase of their lives.

We know mature adults leave New Zealand’s rivers and swim out to spawn in the western Pacific Ocean. We also know that their larvae return to New Zealand’s coast, transforming into tiny glass eels (named for their translucent appearance) for the start of their freshwater life.

Freshwater fish ecologist Dr Eimear Egan is leading an MBIE-funded Smart Idea project which aims to unlock some of the answers. Egan says the partnership and support from mana whenua in each location has been crucial to their success.

Under the light of the moon, team members trek down to the respective river mouths in search of the elusive glass eels. They have used a variety of methods to catch their tiny translucent targets, including scooping the surf with a modified whitebait net, customised set nets from Australia and electric fishing.

“We even picked a few hundred up from the shoreline after they got stranded on a king tide!” says Egan.

The researchers are now back in the lab hard at work on their tiny catch. This includes extracting and examining the glass eels’ minute ear bones (otoliths) and dissecting their tissue for chemical analysis.

A layer of calcium carbonate is deposited on the otolith each day and the microstructure and chemistry of the otolith can reveal information about their marine environments.

“The layers act as a daily diary of an eel’s life and can be used to reveal the routes the larvae take to get to New Zealand’s coastline,” says Egan.

The team are also analysing archived otoliths to reconstruct marine conditions experienced by eel larvae over the past decade.

Egan and her colleagues use Oxygen 18 isotopes to estimate the thermal conditions eel larvae have experienced at sea and around New Zealand’s coastline.

She is hoping analysis of the glass eel tissue, using bulk isotopes and compound specific stable isotopes of amino acids will help pinpoint where in the western Pacific Ocean the larvae might have come from.

“We are hoping not only to get a more fundamental understanding about the marine life of eel, but also to begin to understand the potential effects of changing ocean conditions."

“If we can better predict the implications of ocean changes on the survival and recruitment of juvenile eels, then we can feed this information into models to get a better understanding of eel populations themselves.” Eimear Egan looks into a microscope while sampling glass eels in a make-shift lab in Thornton. [Rebekah Parsons-King]

A video about The world's most mysterious fish. NIWA researchers are working with iwi to try to unlock the secrets of New Zealand tuna—freshwater eels. Every year tiny, glass eels wash in on the tide at river mouths along our coast. But where do they come from and how do they get there?