When someone says "paua fritter" they are usually referring to something made from blackfoot paua. The blackfoot paua (Haliotis iris) species is endemic to New Zealand and found throughout the country. It is most abundant on shallow reefs.

Paua belong to a group of primitive gastropod molluscs known as abalone. Worldwide there are about 55 species.

The hard shell is well adapted to living on rocks being battered by big surf. Although most paua live in water less than 10 metres deep, they may be found down to 15 metres, particularly in places exposed to large oceanic swells.

They feed by the backwards and forwards motion of their ribbon-like tongue and 100-150 rows of teeth. Small paua rasp food from rocks with their central cutting teeth. Large paua feed on red, green and brown seaweeds.

Interestingly, about half of the weight of a paua is blood, much of which is in the foot, which is used for moving and for attaching to rocks. Paua blood is a steely-blue colour tinged with copper-based haemocyanin protein that carries the oxygen.

Growth rates, and final size, are influenced by a range of environmental factors such as water temperature, exposure to waves, and food supply.

Blackfoot paua can grow up to 200mm in shell length. The daily harvesting quota of paua is 10 per person and the minimum size limit is 125mm.

NIWA scientist Reyn Naylor says, "In some areas, paua never reach the minimum legal size." In Taranaki, for example, blackfoot paua only reach about 110mm in length and they mature at around 60mm. Those further south at Stewart Island become mature at 85mm and can grow larger than 190mm long.

This summer, between January and March 2013, NIWA scientists will be counting paua in the south Otago area.

The dive team will run a tape marking a transect line perpendicular to the shore and count all the paua one metre either side of the tape. The transect line will run from the shore until it reaches the reef, or until the water is 10 metres deep.

The counts will be used to build up a time series of abundance estimates that will be used to assess the status of the paua stock. This information will be used by the Ministry for Primary Industries to review catch allocations under the Quota Management System.

"As the paua get bigger they move more offshore. But it's variable; in some places, large paua can be found within the first two metres, perhaps due to the prevailing sea conditions. Ideally, paua spawn twice before they are available to the fishery, which is the reason for fishery management having a minimum legal size," says Naylor.

The varying length at maturity of paua in different parts of New Zealand is also important information for the stock assessment model.

This New Zealand work is funded by Ministry for Primary Industries. 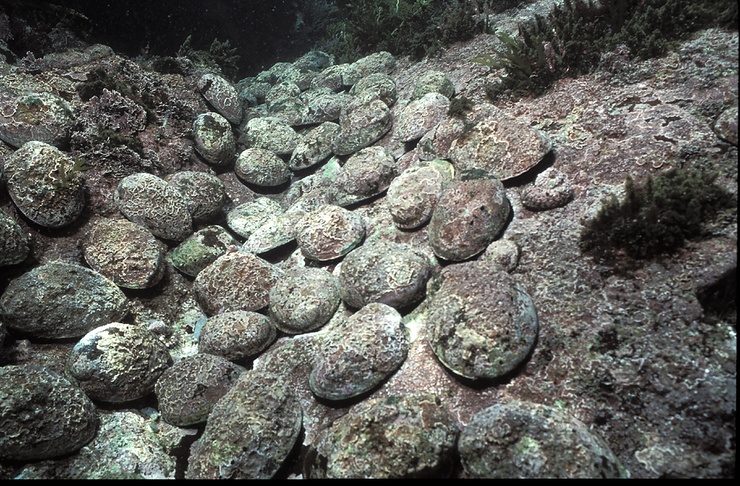