Scientists undertaking the annual Southern Alps end-of-summer snowline survey this week will be using advanced photographic technology to help clarify obscure snowlines due to ash and dust from the Australian bushfires.

The survey is set to take place on Thursday with NIWA and Victoria University of Wellington scientists taking to the skies to measure the snowlines on about 50 glaciers across the South Island. The survey happens every March and is carried out using specialised photography from a light aircraft to reveal how much of the previous winter’s snow has remained to contribute toward long-term glacial ice accumulation.

It was reported in January that snow and glaciers across the South Island had turned orange after being exposed Australian bushfire dust, which scientists say could temporarily increase glacier melt this season.

NIWA climate scientist Dr Drew Lorrey, who leads the annual survey, says the ash on top of the ice can have some impact on the annual melt.

The past two years of the snowline survey have seen particularly harsh conditions imposed on our glaciers, with marine heatwaves and record temperatures taking their toll. This survey began in 1977 and it provides an incredibly valuable long-term record of how New Zealand’s glaciers have retreated over time due to climate change.

Scientists estimate about 30 per cent of New Zealand’s ice that was catalogued in the late 1970s has been lost in the past 40 years.

They will take thousands of photographs on the eight-hour flight to build 3D models of the glaciers. The methods being used assist year on year comparisons and allow accurate calculations of how recent seasonal snow and older ice are changing.

“This year may be especially challenging as the snowline is likely to be obscured in places by the ash from the bushfires. We won’t be sure how difficult the task will be until we’re in the air, but we are expecting further decline in the ice volume this year.”

Journalists are invited to attend a media conference in Queenstown on Friday, March 6, starting at 10.15am at which scientists from NIWA and Victoria University of Wellington will outline the initial findings of the annual end-of-summer snowline survey taking place on March 5.

Footage and images from the flight over 50 South Island glaciers showing the extent of ash and dust from the Australian bushfires will be made available to journalists at the media conference. 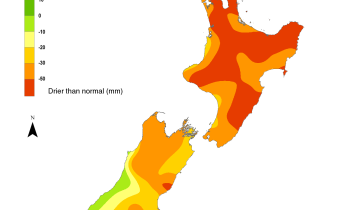 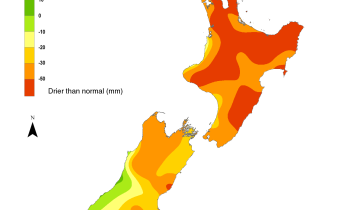 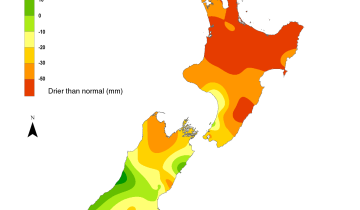