Scientists will be trying to understand how Antarctic-based Weddell seals see the world when they head to the ice next week. 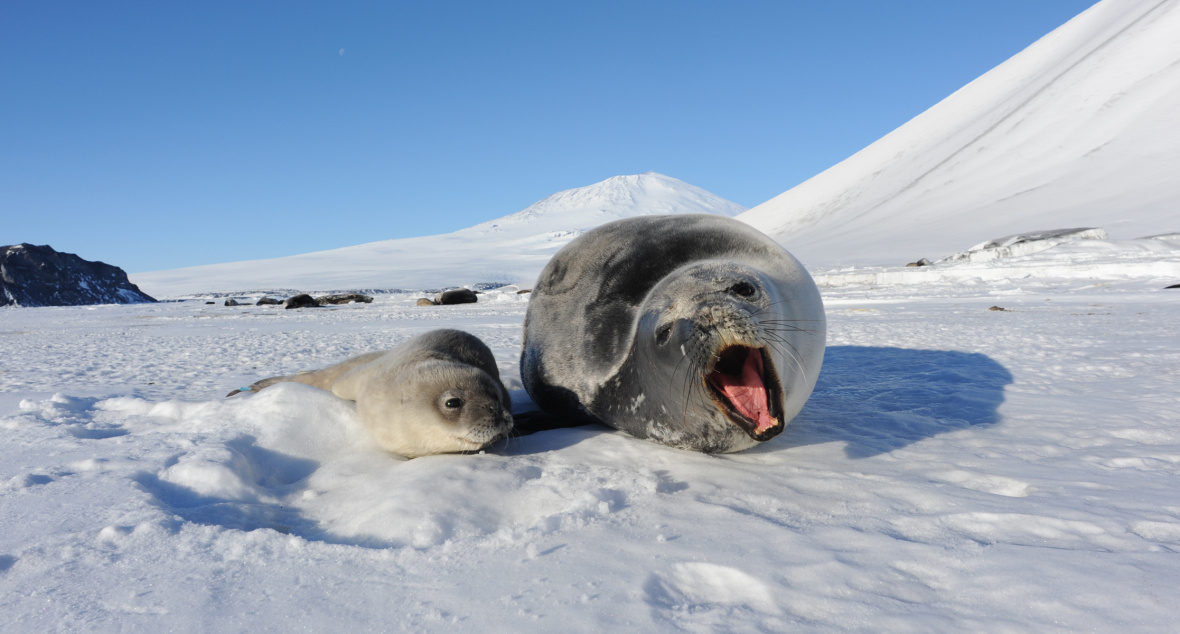 NIWA marine ecologist Dr Kimberly Goetz is leading two trips to Antarctica to study the seals as a way to examine the effectiveness of the newly-created Ross Sea Marine Protected Area (MPA) in conserving top predators.

During the first trip, Dr Goetz and three other scientists are planning to temporarily equip up to 25 Weddell seals with an array of devices to learn more about their behaviour and environment as they look for food.

The team will deploy jaw accelerometers, GPS, time-depth recorders and cameras to determine when and what the seals are eating, the water depth at which they are foraging, and whether they are successful in capturing prey. Specifically, we need to know what, where, when, and how often they eat.”

This is the first study to deploy these instruments together on Weddell seals, which will be removed after a week.

“We hope this project provides critical information on the fine-scale foraging behaviour of Weddell seals while they are confined to the colony during pup rearing. It will also allow us to see the underwater environment and look at their behaviour under the ice,” Dr Goetz says.

The team will also deploy cameras that record 360 degrees around the animal.

“These cameras have not been used before. It is very experimental, but will allow us to experience what the seals are seeing under the ice.”

The work is designed to examine the effectiveness of the Ross Sea MPA in conserving species such as Weddell seals.  The MPA is 1.55 million square kilometres which makes evaluating its benefits a complex and unprecedented challenge.

The boundaries of the MPA are fixed but animals are highly mobile. Determining the MPA’s conservation benefits on species such as seals depends on how much they rely on the ecosystem in this area. Getting this information requires a suite of technological equipment and analytical tools. Data will either be recovered from the tags or transmitted over satellite. Cameras will be deployed, recording 360 degrees around the animal, giving a unique experience of what the seals are seeing under the ice. [Photo: Kim Goetz]

During the second trip in February, scientists will deploy Conductivity-Temperature-Depth Satellite-Relay Data Loggers (CTD-SRDLs) on the seals to determine their long-term over-winter movements, collect oceanographic data, and examine where these animals travel relative to the boundaries of the 10-month-old Ross Sea Marine Protected Area.

Because this second trip coincides with early pregnancy in Weddell seals, scientists will use ultrasound technology to determine if each of the tagged seals are pregnant.

Pregnant females that fail to pup the following spring, suggests that they were not able to find enough food to support their developing foetus. “We want to know how their movements are linked with over-winter foraging and reproductive success the following year,” Dr Goetz says.

In addition, a drone will be used to validate body measurements taken manually from the ground.

“Once the relationship between manual and aerial measurements is known, we will be able to apply this knowledge to population level data collected by the drone in a completely non-invasive manner,” Dr Goetz says.