Adapting to climate change around our coasts

Extreme storms can cause high sea-levels, large waves, intensive rainfall, and overflowing rivers. The combination of these conditions can badly damage coastal property and infrastructure. Hurricane Sandy has done just this in the Caribbean and in the United States.

NIWA's resource management consultant Dr Helen Rouse will present some of the key findings from the Coastal Adaptation to Climate Change (CACC) project, including national mapping of the sensitivity of our coast to climate change; a method for engaging communities with regard to climate change adaptation at the coast; and an overview of the Pathways to Change guidance document which aims to help councils think about how to adapt strategically to potential climate change impacts at the coast.

Marine energy installations may be constructed in coastal waters over the next decade if New Zealand seeks to broaden its sources of renewable electricity supply. Mussel farms and well-designed fish farms have substantial growth potential for the aquaculture industry.

These activities continuously disturb the flow in coastal waters – and are in turn affected by the flow processes. As these activities scale up, it becomes important to understand wider and cumulative implications. Therefore, Dr Craig Stevens will be giving a presentation on the interactions between coastal ocean processes and offshore structures.

Other conference highlights include a dedicated NIWA-sponsored session on research in the Kaipara Harbour where NIWA is collaborating with Auckland Council and Northland Regional Council.

Historical land clearance and the establishment of agricultural systems have increased erosion rates and delivery of fine sediment via rivers to receiving estuaries. NIWA'S Dr Rob Davies-Colley will outline new Ministry of Business, Innovation & Employment (MBIE)-funded research that aims to explicitly link measurements of fine sediment concentration and water quality in order to expand our understanding of the multiple environmental effects of sediment on estuaries.

Dr Davies-Colley argues that measurement of light attenuation by fine sediment is often more environmentally relevant than its mass concentration (and is in any case easier to measure – including continuously).

NIWA's coastal sedimentologist Andrew Swales will be speaking about research on fine sediment effects on visibility and light penetration within the Kaipara Harbour. Two new instrument platforms are being proposed to continuously measure optical and physical oceanographic variables, and synoptic surveys along salinity gradients in the harbour will relate optical variables to physical oceanography.

Dr Max Gibbs will be talking about the origin and dispersal of sediment from multiple sources in the Kaipara Harbour.

A recently-developed forensic method, using compound-specific stable isotopes (CSSI), has been used to trace and apportion the sources of sediment in estuaries. In the Kaipara, the technique has been applied to produce maps of the dispersion of sediment across the Kaipara Harbour from each of the river inflows. These maps show that the footprint of Wairoa River sediment deposits dominate the northern harbour and impact the southern harbour.

Dr Fleur Matheson will discuss the importance of saving our seagrass. She will outline the potential impacts of key waterborne contaminants, such as suspended sediments, and fertiliser and pesticide residues, on seagrass. Her presentation will describe the results from several recent New Zealand case studies investigating seagrass abundance, possible causes of meadow loss and the feasibility of habitat restoration.

Dr Mark Morrison will talk about 'The Kaipara Harbour as a giant fish bowl'. He uses a range of past and current fish habitat research initiatives to describe what fish species are found in the Kaipara Harbour. He shows how they are linked to the habitat landscapes which underpin them, and their relationship with the wider West Coast ecosystem.

The presentation looks at key threats to fish and their habitats including increased sedimentation, its direct effects on fish species, and its indirect impacts through the degradation of essential fish habitats such as seagrass, and on habitat forming filter-feeders like horse mussels and sponges. 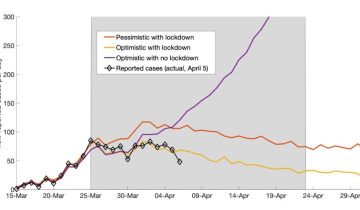