An international team of oceanographers, including NIWA’s Dr Philip Sutton, has analysed data from ocean-profiling instruments known as Argo floats and found the temperature of the world’s oceans increased steadily between 2006 and 2013.

The study, led by Dean Roemmich of Scripps Institution of Oceanography in the US, found the top 500m of the world’s oceans warmed at a rate of approximately 0.005oC per year, while at depths of between 500m and 2000m the warming was at approximately 0.002oC per year.

“To put this in perspective,” Dr Sutton says, “this is the equivalent of adding 2 x 1014 Watts, or the heat of two trillion continuously burning 100-Watt light bulbs, to the world’s oceans.”

The rate of ocean heat gain during the eight-year period is not unusual, Dr Sutton adds. “What is new is that the rate and patterns of heat gain are revealed over a period as short as eight years thanks to the Argo float network, the warming extends to 2000m and deeper, and is occurring predominantly in the Southern Hemisphere south of 20oS.”

The science team reported its findings in the 2 February issue of the journal Nature Climate Change, in a paper entitled “Unabated planetary warming and its ocean structure since 2006”.

Data for the study came from a global network of 3750 Argo floats, dotted across the world’s oceans.

The floats are automated devices that periodically descend and ascend through the top 2000m of water, taking measurements of temperature, salinity and velocity as they go. They transmit their data via satellite when they reach the surface, before commencing a new cycle of measurement.

NIWA contributes actively to the Argo programme, having deployed most of the floats located in the South Pacific Ocean.

NIWA’s flagship research vessel Tangaroa, currently en route to Antarctica for a range of ecological, oceanographic and atmospheric studies, will deploy a further 12 floats at prescribed points during its passage across the Southern Ocean. 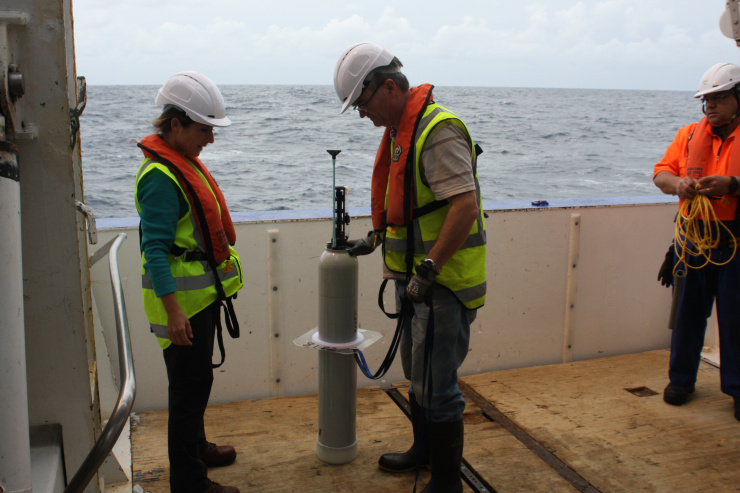