Help us build a better niwa.co.nz for you by filling out our annual survey
21 November 2008

Models of cockle larvae distribution from a shallow, sheltered site in Whangarei Harbour (left) and close to main channel (right).

NIWA scientists are developing models to predict how shellfish larvae disperse. Recently we modelled the dispersal of cockle larvae in Whangarei Harbour as part of a Foundation for Research, Science and Technology-funded project to restore cockle populations in the harbour.

Cockle larvae, like larvae from many marine species, are released from adults after fertilisation and often spend days or weeks free-floating before settling to the bottom to grow. By combining knowledge of the life cycle of different species with information about waves, currents, and tides, our models predict where larvae released from a particular location might go, and how likely it is that larvae released elsewhere will arrive at a particular location.

The Whangarei models indicate that within more sheltered parts of the harbour, larvae are likely to travel only short distances. In contrast, release sites close to main harbour channels show relatively wide dispersal, indicating that they contribute larvae to much of the estuary.

Results from simulations such as these can aid the design of shellfish restoration programmes by answering questions such as: ‘if we improve habitat quality at this location, will there be significant natural recruitment from other sites, or will we have to manually import adults?’, and ‘what will happen to other shellfish beds in the region if this one is lost?’ 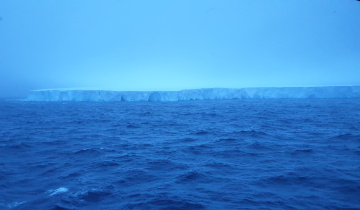