NIWA scientists have completed the first national assessment of people and buildings at risk in New Zealand’s tsunami evacuation zones.

The assessment, aimed at making more detailed information available to improve disaster management, has found nearly 10 per cent of New Zealanders live in tsunami evacuation zones – including 150,000 children and elderly.

Evacuation zones identify areas where a threat to human safety requires people to leave. The zones are designated according to national guidelines and coded red, orange and yellow. Red zones represent tsunami threats to beach and marine environments, while orange and yellow zones are areas that should be evacuated in larger tsunami events.

NIWA hazards analyst Ryan Paulik, who led the assessment, says overall 430,000 people – or nine per cent of the population – live in the zones of which 170,000 are in red and orange zones.

Population exposure is highest in Auckland, followed closely by Canterbury and Bay of Plenty. Mr Paulik says studies have found children and the elderly can experience difficulties in evacuating when there is a tsunami so it is important to include vulnerable populations in evacuation planning.

The national assessment, published in scientific journal Geosciences, also found tsunami evacuation zones cover an area of 2709km2 and include 490,000 buildings. Most of the buildings are residential homes and include 139 retirement homes, mostly in Auckland and the Hawke’s Bay.

“Knowing who and what is located in a tsunami evacuation zone provides a starting point for emergency managers to carry out detailed preparedness and response planning,” Mr Paulik says.

In addition, there are 8949 critical buildings, such as hospitals, government and emergency management buildings within evacuation zone boundaries, including 195 hospitals and medical buildings, more than 1000 schools and education facilities and 23 airports. This infrastructure is also connected by 6300km of roads.

Mr Paulik says the assessment has also provided more detailed context about where emergency management resources may be needed. For instance, Hawke’s Bay has almost 13,000 people living in red and orange zones while directly off the coast lies the Hikurangi subduction zone, capable of generating large tsunamis from earthquakes of more than Magnitude 8.

The NIWA research team used RiskScape for the assessment - a tool developed by NIWA and GNS Science using risk modelling software to assess risk to buildings, infrastructure and people from natural hazards.

Mr Paulik says while evacuation zones are developed for many coastal communities around the world, this is the first time they have been brought together to present a national picture of population and built-asset exposure.

“What we have done is to provide a focus to better inform modelling methodologies that will enable this kind of analysis to be done on a routine basis.”

He says tsunamis are high impact events that threaten many coastlines around the world.

“Despite their recent and devastating impacts on life and buildings, coastal populations continue to increase as towns and cities expand. Evacuation zones perform an important role to educate coastal populations on tsunami threats and identify locations and routes for evacuation to safe areas.”

“They also highlight a need for disaster risk managers to proactively prepare populations for evacuation based on their vulnerability to harm and ability to access resources for recovery after the event.”

Remember: Long or Strong, Get Gone. If you’re in a coastal area, and you feel an earthquake that lasts longer than a minute or strong shaking that makes it hard to stand, don’t wait for an official warning; move immediately to the nearest high ground, out of all tsunami evacuation zones, or go as far inland as possible.

To find out if you are living in a tsunami evacuation zone see: https://getready.govt.nz/emergency/tsunami/tsunami-evacuation-zones/ 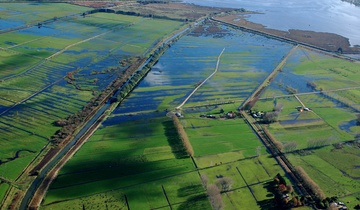