As a young child growing up on an Irish farm, one of Eimear Egan’s chores was to regularly clean out the well from where her family drew its drinking water. In the well lived a large eel that, no matter how many times it was shifted, just kept coming back. “I was traumatised by it for years,” Dr Egan says. “It bit me several times.”

The eel got the last laugh. Now Dr Egan, a NIWA freshwater ecologist based in Hamilton, is studying eels and what makes them tick.  She is leading a team that recently secured a grant from the Ministry of Business, Innovation and Employment Endeavour Fund for a three-year project which will enable her to do “some very exciting research” on both longfin and shortfin eels.

Longfin and shortfin eels spend a portion of their life in marine and coastal environments. Once the adults reach sexual maturity in freshwater they migrate to the western Pacific Ocean to reproduce. The resulting larvae are transported by ocean currents back to New Zealand’s coastline where they develop into glass eels, at this stage up to 7cm long. The marine phase of their life cycle is mysterious and poorly understood. Dr Egan and her team will be studying the ear bones of glass eels to learn more about their spawning locations and larval oceanic movements.

“Longfin eels are only found in New Zealand, and according to the New Zealand threat rankings, they are at risk and declining. At the moment, we don’t really have a good understanding of their early life history including locations of spawning grounds and larval migration routes.

“This information is important because we don’t know if the numbers of glass eels making it to New Zealand are affected by processes happening during their marine life. We are going to use some quite novel methods to help fill in these knowledge gaps”

“Ear bones can tell us so much information about the environment a fish experiences on a daily basis. Each day they add a layer of calcium carbonate which is almost like keeping a diary of their lives.

“They tell us about their growth, their spawning and hatching dates, about the chemistry of the environment they live in, about their diet and movement. And because of that daily layer we can potentially figure out what routes the larvae took to get to the New Zealand coastline.”

The team will use a couple of techniques to learn more about New Zealand’s eels. The first is called microstructure and involves polishing the ear bones by hand until the daily rings become visible.

“Then we can interpret distinct rings - or check marks - that coincide with when the larvae first feed and when they change from larvae into glass eels. We can measure the distance between rings to figure out daily growth rates, we can count the rings to estimate age and the date the larvae hatched.”

The second technique involves using chemistry to estimate the temperatures the larvae have experienced at sea. Dr Egan is hoping analysis of the eel tissue using compound specific stable isotopes of amino acids will help pinpoint where in the western Pacific Ocean the larvae might have come from.

“We’re using these techniques in the hope we can understand if they are coming from different places within the western Pacific Ocean, and whether long and shortfin eels share spawning grounds and larval migration routes.”

Glass eels arrive at the mouths of rivers in pulses, waiting for suitable conditions to enter. During the early part of the season, they tend to migrate into rivers on the incoming tide, especially on the spring tides of new and full moons or after heavy rainfall.

Once they are in fresh water, glass eels take several days to adjust before they migrate further upstream.

There is evidence of a worldwide decline in recruitment of glass eels, particularly for the European and Japanese species. Factors contributing to this decline are likely to include climate change, loss of habitat, pollutants, over-fishing, and obstacles to migration.

Next April, NIWA scientists will undertake a project that will complement Dr Egan’s work. In this new project, migrating female eels will be tagged and their location communicated to satellites to help pinpoint their spawning grounds in the western Pacific Ocean. 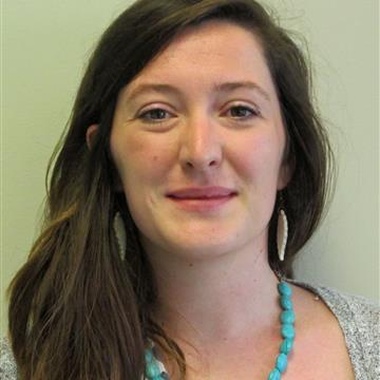