A fish has been caught in the same location that it was tagged, nearly 20 years ago to the day. Mr Chilt, an amateur jetski fisher, reeled in the 5kg snapper off the coast of Patea in South Taranaki on 27 February this year.

The snapper contained a tag – known as a passive integrated transponder (PIT) – that was implanted into the fish on 21 February 2002 by NIWA principal technician Derrick Parkinson, who incidentally still works at NIWA.

Mr Chilt recorded the find for his YouTube channel. He says that it was just another regular day out fishing when he made the discovery.

"I got to my fishing possie, dropped down the old 'ham on the bone' – that's the name of my homemade fishing lure – and began catching big snappers straight away. I released most of them back but took some snapper home with me.

"It wasn't until I started filleting this particular one that I saw the tag and thought 'what the fish is that?!'.

"I did a bit of research and found out that it belonged to NIWA, so I contacted them and sent them the tag for inspecting."

NIWA no longer tag snapper with PITs, with the 2002 programme being the last undertaken, meaning that this snapper is one of the last ever to be given a PIT tag in New Zealand. It is also the only PIT snapper tag to have been reported since 2003.

The purpose of the 2002 tagging programme was to estimate the biomass of snapper off the west coast of the North Island, with the data then given to the Ministry of Primary Industries (MPI) for managing fishery stock targets.

Dr Darren Parsons is a Fisheries Programme Leader at NIWA and was alerted to the catch. He says that recatching a tagged fish after such a long time is highly unusual.

"When I first heard about this catch, I asked Mr Chilt if he could post the tag to us as it has been so long since we've had information of this kind, being two decades since the tagging programme ceased.

"We know that most snapper don't move over large areas, but when we compared the timing and location, I was more than a bit surprised to see it was caught in the same week of February 20 years apart and the location was almost the same.

"This doesn't mean that this fish has stayed in that spot without moving for 20 years, although that is possible. We know that many snapper undertake a seasonal migration, bringing them inshore for spawning over the warmer months. The capture of this fish could therefore be a reflection that it was following the same seasonal movement patterns it was 20 years ago."

PIT tags contain a scannable "barcode" which is specific to an individual animal. They have been used by the scientific community for decades to digitally track the growth and movement of animal populations. They are the size of a grain of rice and are injected into the gut cavity, so are rarely seen by fishers. 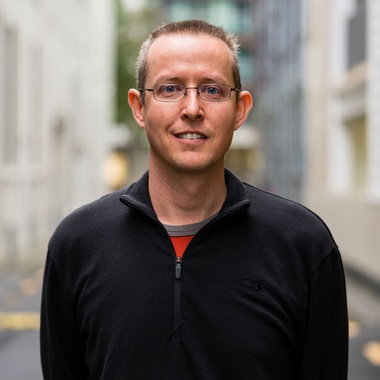 The snapper and the PIT tag. [Photo: Mr Chilt] 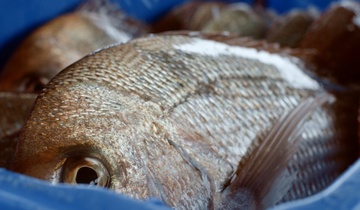