New Zealand’s changing ocean environment has prompted the call to develop a system that will keep closer tabs on information from scientific monitoring buoys so the data they produce can be shared as widely as possible.

She says New Zealand’s Exclusive Economic Zone is 20 times larger than its land mass, has a high biodiversity of sea birds and marine mammals, and supports a marine economy estimated to be worth $4 billion a year.

“However, there is no coherent plan that meets the needs of scientists, stakeholders or kaitiakitanga of New Zealand’s oceans in a changing climate. We want to bring together oceanographers, data scientists and those involved with the marine environment to create a unique ocean observing system whereby observations are collected once and used many times.”

Ocean conditions are monitored by a number of groups, including science institutions such as NIWA, Cawthron Institute, regional councils and port authorities. Examples include two sea surface temperature monitoring sites at opposite ends of the country, an ocean acidification observing network with 14 sites around New Zealand, wave buoys, monitoring buoys such as the one in Wellington Harbour and coastal moorings.

Typically buoys can deliver a combination of data on currents, waves, salinity, temperature, oxygen, chlorophyll, ocean acidity and wind but the data can be difficult to access or researchers may be unaware it exists.

Dr O’Callaghan says there are also some large areas where little is known about ocean conditions, particularly on the west coast of the North Island and parts of the east coast around Hawke Bay and Gisborne.

“Some councils have monitoring buoys but in terms of how the coastal waters interact with the deeper ocean, the science is poorly understood."

“The idea is to do a better job of pulling together existing observations and connecting them across organisations so we all know where they are and making sure they are accessible. Then it’s figuring out how to translate what we have learnt from existing platforms to make appropriate and cost-effective observations in places we don’t have a lot of information.”

A unique component of the proposed network is the aim to incorporate traditional Mātauranga Māori knowledge into the plan in a bid to develop more effective ocean stewardship.

Dr O’Callaghan says a sophisticated ocean observing system would ideally be funded by central government but in the short term, planning will come from individual organisations until a business case can be developed.

“The integration of Mātauranga Māori, New Zealand’s science, technologies and closely connected community provides a timely opportunity to develop a world-leading ocean observing system and enable data to be openly accessed for the beneﬁt of the country’s economy and social well-being. The recently established New Zealand Ocean Data Network (NZODN) is an excellent first step in the process; incorporating existing data into the NZODN is the next.” 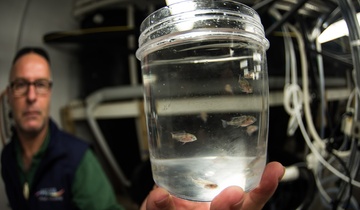 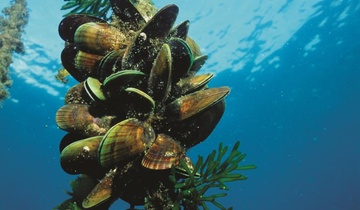