Sediment dumps in estuaries: filling in the gaps with a risk map

Help us build a better niwa.co.nz for you by filling out our annual survey
1 December 2002
PDF of this article (797 KB) 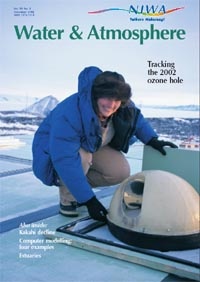 Help is available to assess the threat posed by sediment inputs to estuaries. 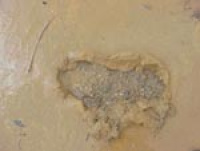 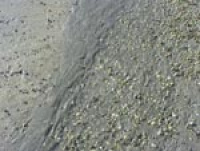 Some key dump signs: Abrupt changes from sand to mud. 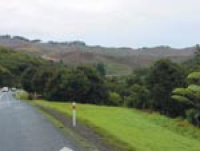 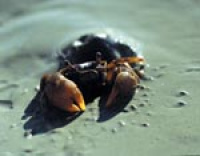 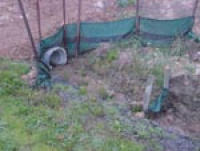 Managing soil erosion: A sediment screen around a culvert adjacent to road works.

Estuaries are important sites for many biological and physical processes, yet they are often taken for granted. They act as “service centres” for nutrient cycling, they are a source of fish and shellfish for human consumption, and they provide nurseries for juvenile fish and birds. These ecosystems can also act as “sinks” for land-based sediments and contaminants.

Many of us live beside estuaries because they are less exposed and offer a protective buffer from the sea, but most of the time we fail to recognise the impact that humans have on these sensitive ecosystems.

New Zealand’s increasing population, migration to coastal urban centres, and changing land use from rural to residential and urban, have meant that estuaries and their fringing habitats are under increasing threat. For example, housing developments, construction of roads, and the removal of forests and bush can increase the vulnerability of soils to erosion, which results in more sediment entering estuaries. Steep slopes, loose volcanic soils and high, sporadic rainfall are typical of much of New Zealand, and increase the likelihood and potential size of slips and landslides.

Occasionally these factors combine to produce catastrophic events in which large volumes of sediment enter the estuary as a blanket or “dump”. Sediment dumps can cloud the water, thereby increasing turbidity and decreasing algal and phyto-plankton produc- tion.

Sediment dumps can also smother and kill estuarine plants and animals within hours. If the sediment persists, recovery can be extremely slow.

Because rehabilitation of a sediment-impacted estuary is difficult, prevention of damage in the first place remains the best option. The first step in preventing damage is identifying risk, so that limited resources can be properly targeted. Scientists at NIWA have developed a guide to help managers produce a “risk map” of an estuary.

Guide to producing a risk map

The first step is to identify values associated with the estuary. These might relate to specific physical, ecological, cultural, economic and aesthetic features that are worth protecting and monitoring. These might include habitats of endangered species, areas used for recreational harvesting and popular swimming beaches.

Next, assess whether an estuary has already been affected by sediment dumps, by looking for key dump signs such as patches of gravel over fine mud, or sandflats covered by yellow/brown mud. Once the extent of damage has been assessed, more resources might be channelled into protecting and reducing the risk of a dump in those estuaries that have been relatively unaffected so far. Alternatively, resources might be targeted at rehabilitation of badly affected but otherwise valuable estuaries or habitats within estuaries.

To help assess future threats, identify any threat indicators. These are the physical characteristics of the estuary catchment, such as topography, catchment land use and local climate, all of which affect an estuary’s pre-disposition to a sediment dump. The severity of a sediment dump depends largely on the length of time that the sediment persists in the estuary. Factors that can affect the rate and extent of recovery of the ecosystem include estuary shape, wave exposure, the presence of artificial structures (such as wharves and causeways), and the presence of animals such as crabs – called bioturbators – that rework and break up the dumped sediment. These factors can also be built into the threat indicators.

Look for ecological changes to help identify those areas or processes that are affected by sediment dumps. These include changes to mangroves, salt marsh and sea grass beds, or changes in the diversity, abundance and size of resident animals.

Finally, seek ways to reduce the chance of sediment dumps. These include:

Pip Nicholls is based at NIWA in Hamilton

How does too much sediment affect estuaries?

Field experiments have shown that:

This work is being undertaken in the FRST programme “Sustainability of Aquatic Ecosystems and Water Resources” (C01X0215).