At the edge of the advancing winter sea ice in the Ross Sea, a first-ever winter fisheries survey has uncovered new secrets of the Antarctic toothfish.

The New Zealand commercial fishing vessel Janas, an ice strengthened longline vessel owned and operated by Talley’s Ltd., New Zealand, working with voyage scientists from NIWA and the Italian National Programme of Antarctic Research (PNRA) based at Institute of Marine Science (ISMAR, Genoa, Italy) have collected the embryos of Antarctic toothfish for the first time by using plankton nets to sample down to a depth of 500m. They have also fertilised eggs from captured adults in spawning condition, which provides a known start time to observe developmental rate. 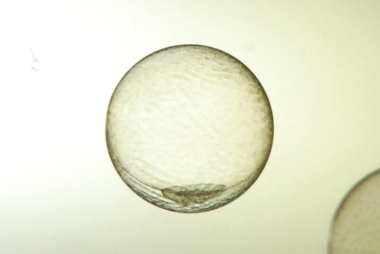 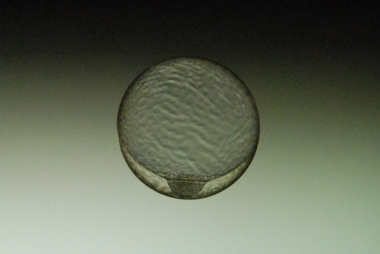 The research is part of a collaborative survey funded by the New Zealand Ministry for Primary Industries (MPI), the Commission of the Conservation of Antarctic Marine Living Resources (CCAMLR), and Talley’s to study the reproduction of Antarctic toothfish, their population distribution, and their role in the Ross Sea ecosystem

NIWA fisheries scientist Dr Steve Parker said the discovery of developing toothfish embryos was important for several reasons. “Finding them documents the spawning season of the fish, confirms some areas where spawning was suspected to occur, and most importantly, provides information about the depth at which the drifting eggs reside in the water column. “

“This new information can be integrated with models of ocean currents to predict where the eggs and larvae will be transported as they develop and grow to become part of the juvenile population.”

Antarctic toothfish spawn under sea ice that extends more than 1000 km from the continent during the winter, and protecting them for most of the year from Weddell seals and killer whales, but also from scientists and fishers.

A winter voyage to the Ross Sea

The winter voyage to the Ross Sea has taken more than a year to plan and is not an easy undertaking as those aboard have endured near constant darkness, vast expanses of sea ice, fierce seas, and temperatures far below zero to collect this elusive information. The 20 New Zealand crew of the Janas are experienced operators in these tough conditions, and Captain Jeff Pitt is a 15 year veteran fishing in the area.

All fishing in the Ross Sea is highly regulated by CCAMLR through catch limits, 100 percent observer coverage, and closed areas. The new information will be used to improve stock assessment and ecosystem models and advance management of the fishery.