A recurring theme at the November 2012 NZ Freshwater Science Society Conference (NZFSS) attended by NZ's leading experts on freshwater science, was the recorded decline in quality, health and resilience of a number of freshwater ecosystems in this country. NIWA is committed to supporting freshwater research in New Zealand, with six programmes in the Freshwater & Estuaries Centre.

Professor David Dudgeon, University of Hong Kong, a key note speaker at the NZ Freshwater Sciences Society 2012 national conference presented a grim picture for the future of freshwater species globally in his plenary talk, with species losses in freshwater occurring at roughly twice the rate of any other ecosystem type. He expressed extreme surprise to find that several endemic freshwater species in NZ were even more severely threatened than elsewhere. None of these unique freshwater species, even critically endangered species, has any formal legal protection in NZ. Invasive species such as didymo in the South Island and koi carp in the North Island, as well as exotic weeds, continue to compromise the integrity of freshwaters.

Two of the five recommendations made in the NZFSS media release referred to the need for stepping up freshwater biosecurity, requesting that:

The fundamental principle in life 'prevention is cheaper than cure' is true when applied to the health and care of our lakes and rivers. Protection of high value waterbodies is inevitably more cost effective than restoration once degradation has become a public or political issue. Millions of dollars are now invested each year by the NZ government for protecting Lake Taupo, restoring the Rotorua Lakes, and for the Waikato River clean up; but only after these highly prized treasures were displaying serious health problems. For example, preventative investment maintaining the biodiversity and biosecurity of lakes such as Waikaremoana, certain Northland sand dune lakes and Brunner (West coast), cost less and achieve more than crisis management after problems have developed.

As the pressure from introduction and spread of freshwater invasive species increases there is also a strategic need for escalating preventative strategies based on enhanced border control, public education, formalised surveillance strategies and investment in pest control.

The Freshwater Biosecurity programme focuses on identifying and evaluating threats from non-indigenous species, minimising risks of their establishment and developing tools to mitigate their impacts. This programme has made a significant contribution in helping to combat the introduction, spread and impact from invasive weed species, with multiple national and regional eradication successes. Models have been developed for weed risk assessment, surveillance strategies prepared for catchments and individual waterbodies, and new pest control tools made available for managing freshwater biosecurity issues. 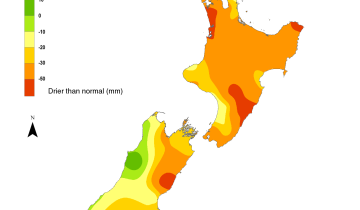 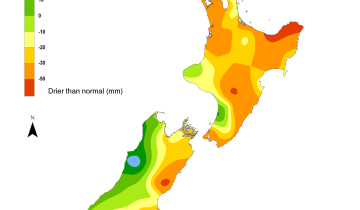