Primnoid corals are among the most diverse and species-rich group in the octocorals, which are simply put, corals with polyps bearing eight tentacles. Species in the family Primnoidae present a beautiful array of whip-like, spiralling, fan shaped, or tree-like forms, and possess a solid proteinaceous central skeleton with a golden or metallic sheen.

Due to their size and form the primnoid corals are deemed important habitat formers, providing refuge and shelter for fishes and other invertebrate species. The family is characteristic of the deep sea, occurring down to 6400 metres, although there are some shallow water species including Primnoella australasiae (Gray, 1850) known from the New Zealand region that occurs as shallow as 13 metres.

Our latest 131 page NIWA Biodiversity Memoir is an initiative of the US/NZ Joint Commission Meeting (JCM) Marine and Ocean Theme. We acknowledge the Ministry for Business Innovation and Employment for JCM funding support along with the Smithsonian Institute and NIWA. The memoir focuses on the alcyonacean coral family Primnoidae and is the second in a multi-part series on the group including the genera Primnoella, Callozostron, Metafannyella, Callogorgia, Fanellia, Loboprimnoa and Pachyprimnoa. Part I was released in 2012 and included the genera Narella, Narelloides, Metanarella, Calyptrophora, and Helicoprimnoa (Cairns, 2012). Prior to these works the family Primnoidae was known in the New Zealand fauna by only 26 species. From an examination of hundreds of specimens in our NIWA Invertebrate Collection from 218 stations, this memoir has added 32 more species, including two new genera, 11 new species and 14 new records for the New Zealand region. Finally, at least four species remain to be described in the genera Thouarella and Tokoprymno and will be described in future works. The total known New Zealand Primnoidae fauna thus now stands at 62 living species from 23 genera. For the size of its Exclusive Economic Zone, New Zealand has a disproportionately high number of species with over 21 % of the species diversity of the family, and 52 % of the generic diversity occurring here.

NIWA Biodiversity Memoir No. 129 is authored by Dr. Stephen D. Cairns, research zoologist and Curator of Corals at the Smithsonian Institution in Washington, DC. Dr. Cairns has produced nearly 200 publications on the worlds coral fauna during his career describing the taxonomy, zoogeography, functional morphology, mineralogy, and evolution of the coral groups Stylasteridae, deep-water Scleractinia and Octocorallia. The current memoir includes full descriptions, distribution maps, light photography of overall colony morphology, and SEM imagery of polyps for the New Zealand species within seven genera of the Primnoidae family, plus tabular and dichotomous keys for the New Zealand species of Primnoella, Callozostron, Metafannyella, Callogorgia and Fanellia. A summary of ecological information for the New Zealand Primnoidae fauna is provided in the memoir by Dianne Tracey from NIWA’s Deepwater Group. One of the new species in the current work, Narelloides traceyae, honours Dianne for her tireless and persistent promotion of the study of the deep water coral fauna of the New Zealand region.

Memoir No. 129, is the first of our revitalised edition in the series, including colour in-situ imagery and a new-look front cover and inside cover design. The front cover image features a cluster of the shallow water primnoid octocoral Perissogorgia vitrea Bayer & Stefani, 1989, which is described in the memoir, interspersed amongst the orange, siliceous golfball sponge Tethya fastigata Bergquist & Kelly-Borges, 1991, and unidentified tree-like octocorals on the edge of the ridge. Two-spot demoiselles, Chromis dispilus Griffin, 1923, swim overhead. The stunning image was taken at 45 m near Imagination Point, southern end of Poor Knights Islands, New Zealand by NIWA diver Crispin Middleton.

These important publications are indispensable references for academic researchers and postgraduate students interested in marine systematics and the conservation of New Zealand’s unique aquatic biodiversity, much of which is found nowhere else in the world, highlighting the uniqueness, strangeness, and diversity of much of New Zealand’s marine life. The information in these monographs is indispensable as it provides the foundation upon which marine biological and ecological research sits.

Most of the NIWA Biodiversity Memoir volumes are authored by our NIWA taxonomists funded by our Coasts and Oceans Research Programme 2 Marine Biological Resources: Discovery and definition of the marine biota of New Zealand, but many are authored by overseas specialists if expertise is lacking in New Zealand.

Order this or other NIWA Biodiversity memoirs 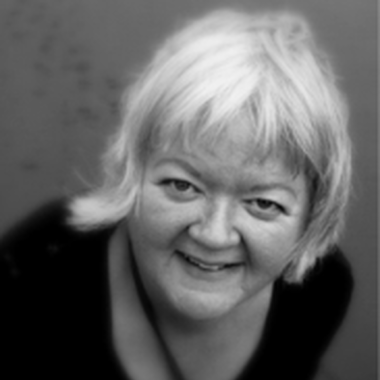 The shallow water primnoid coral, Perissogorgia vitrea Bayer & Stefani, 1989 is a new record for the New Zealand region and the specimens described in the recently published NIWA Biodiversity Memoir (Cairns, 2016) are the first records of this species subsequent to its original description in 1989. This delicately branching coral can be found off Norfolk Island, southern Norfolk Ridge, and off the North Cape of the North Island. [Peter Marriott, NIWA. Oceans Survey 20/20 Bay of Islands]