In brief: New sea pens write themselves into the records

Help us build a better niwa.co.nz for you by filling out our annual survey
12 June 2013

The discovery in Fiordland of two more marine creatures new to science has researchers pondering just how many more unknown species await in its dark, undiveable depths.

In February, scientists from NIWA and the Department of Conservation (DOC) explored the seabed of Acheron Passage, near Dusky Sound, with a remote operated vehicle (ROV). At 80m depth, its cameras revealed two sea pens – so named because they resemble old writing quills – never before seen.

They turned out to be separate species, says ROV operator and NIWA Marine Biologist Dr Sean Handley: “We can identify one to genus level, but the other is completely new to us.

“This was our second exploration of Fiordland’s deep waters in the last few years, and on both occasions we’ve discovered previously unknown fauna. We can only guess at the treasure trove of life still waiting to be discovered down there.”

The dive was part of a wider biodiversity survey of Fiordland’s marine reserves, funded by DOC and supported by the Fiordland Marine Guardians, a stakeholder and community group. So far, only Doubtful and Dusky Sounds have been explored, but nevertheless, says Handley: “We’ve found marked differences in fauna and habitats between the two, so it stands to reason that Fiordland’s marine environment as a whole could harbour an extraordinary diversity of life.

“It is an important area to study because it’s geologically unique and largely undisturbed by human activity.”

Sea pens are coral-like organisms that live in soft sediment. But, unlike corals, they lack a hard ‘skeleton’.

At night, the creatures are luminous, attracting the tiny plant plankton they feed on. At 65 centimetres long, the Acheron Passage specimens are among the largest yet found in New Zealand, although sea pen species overseas can measure up to two metres.

The new discoveries will be logged in a biodiversity database. International experts will then help formally describe and name them.

“These discoveries, and the prospect of many more to come, reinforce the importance of the Fiordland Marine Area at both a national and international level,” says Fiordland Marine Guardians Chairman, Malcolm Lawson. “The Guardians are pleased to work alongside DOC and NIWA in identifying areas for future exploration.”

ROV footage of the discovery and sampling can be viewed below. 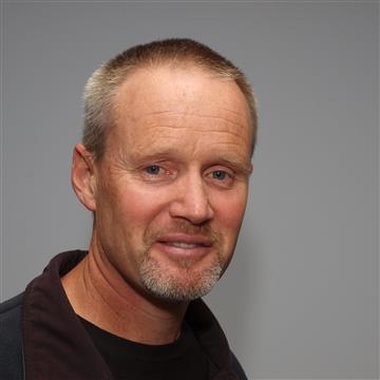 In brief: New sea pens write themselves into the records