Help us build a better niwa.co.nz for you by filling out our annual survey
21 November 2012

Remote-tracking technology has revealed the winter whereabouts of two of our largest seabirds.

"Until we started this project we didn't know where they went in winter," says Thompson. "The data suggest that in April each year, when the Campbell albatrosses have finished breeding, they spend four months off the coast of South Australia, then return to Campbell Island." They surprised the scientists by staying relatively local. "We thought they'd go further than South Australia."

Meanwhile, the Indian Ocean, says Thompson, "appears to be an oceanic zone of importance for grey-headed albatross that we were previously unaware of."

The birds' movements were betrayed by lightweight geolocator tags, fitted to their legs back on Campbell Island. By recording information about light levels and duration, they can then be analysed to determine locations.

Thompson says the tags "will reveal information about these conspicuous marine predators and their environment – what's important to them, and why it is they go where they go."

The birds spend 90 per cent of their lives over the open sea, soaring vast distances on wings more than two metres across. Both species routinely fly to Antarctic waters on foraging trips to feed hungry chicks.

The scientists are halfway through a sixyear study of the two albatross species, along with the rockhopper penguin (see: 'Tracking a winter wayfarer', Water & Atmosphere, August 2012), based at Campbell Island.

Numbers of grey-headed albatross are thought to be declining, and while the Campbell albatross previously suffered a decline, it is now thought to be stabilising at around 23,000 pairs, or increasing slightly. Both species are classified as vulnerable.

"Each year since 2009," says Sagar, "we've sent a team to the island at the beginning of October through to January." The stay covers the bulk of the albatrosses' breeding season, from egg-laying through to "the guard stage, when one adult stays with a very small chick until it can defend itself."

So far, the scientists have fitted tags to the legs of 70 birds. "We have over 60 tags back from the Campbell albatross, but less information for the greyheaded albatross," says Thompson.

The study is funded by the Ministry of Business, Innovation and Employment (MBIE), while the National Geographic Society part-funds the rockhopper penguin study. 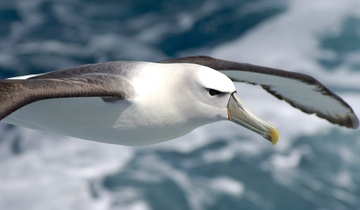 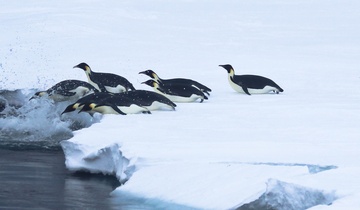 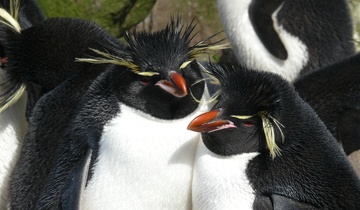 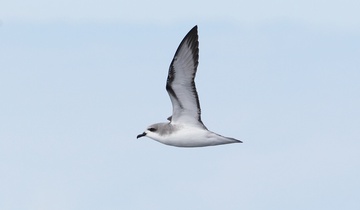