Ship noise is a homing beacon for mussel larvae, a NIWA biosecurity scientist has discovered.

When Dr Serena Wilkens played recordings of ship noise to freeswimming mussel larvae, they settled more readily than did a control group in a silent tank.

The experiment, a collaboration with Auckland University researchers at Leigh Marine Laboratory, found that the vessel sounds prompted more larvae to settle, and that they settled much sooner – within a few hours.

It's well-known that the larvae of many marine creatures, such as fishes and crabs, are attracted to the sound of breaking waves around coastal reefs, and noises produced by other reef-dwellers.

Sound is a reliable cue underwater, as it travels long distances, unaffected by wave action, currents or clarity. In some places, however, natural cues are being drowned out by noise from more international vessel traffic, which is increasing as much as fourfold every decade.

In Wellington port, the scientists recorded the intensity and frequency of noise from ships' generators, which run most of the time vessels are berthed.

The study suggests vessel noise could be an important cause of hull fouling by mussels and other marine organisms. Fouling represents a huge overhead to shipping, as the increased drag from marine hitchhikers burns up more costly fuel.

It also poses a biosecurity risk, as unwanted organisms can be transported all over the world. Hull cleaning costs run to millions of dollars each year, but cutting underwater noise – by switching to a shore-based electrical supply, for instance – might be one way to make big savings, suggests Wilkens.

Plugging into the mains while in port, rather than running generators, could save shipping companies thousands in hull-cleaning costs, says Dr Serena Wilkens. Credit: Dave Allen
Research subject: Biosecurity 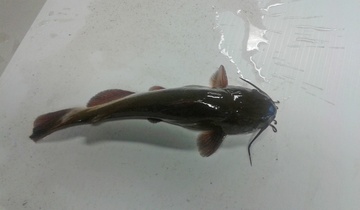