One of the world’s worst freshwater weeds was threatening lakes in Hawke’s Bay. Now, it is almost gone. Here’s a case where long-term science investment, plus inter-agency cooperation, paid big dividends for New Zealand.

When Indian star vine was introduced into the United States in the 1950s as an aquarium plant, it took only a decade to become a major aquatic weed in Florida, choking 150 000 hectares of lakes and waterways. Control efforts to protect irrigation and flood-control schemes have cost more than US$225 million to date.

In the 1960s, the same plant – now known as hydrilla – was discovered in an isolated lake in Hawke’s Bay. Alarmed by the American experience, MAF (then the Ministry of Agriculture and Fisheries) sought a control programme. A project was started by the Aquatic Plants Section at MAF’s Ruakura Agricultural Research Station, the scientists who eventually became NIWA’s freshwater plants team.

The scientists began with ‘competition experiments’, growing hydrilla in secure contained facilities with all the other submerged weeds known in New Zealand. As predicted, hydrilla was by far the most invasive species, forming thick mats in surface waters and confirming its reputation as the ‘world’s worst submerged waterweed’.

The New Zealand strain of hydrilla was not only highly invasive, but also incredibly difficult to control. The only herbicide registered for aquatic use in New Zealand failed to even check its growth. Fluridone, the herbicide of choice in the US, was no better. The NIWA team screened available and potential products, first in small-scale containment trials and then in field trials. Finally, they identified endothall as a safe and effective herbicide. It could remove up to 95 percent of the mature plants, and left no toxic residues in the water. NIWA then coordinated an application to the Environmental Risk Management Authority to have endothall registered for use in water. The application was funded by a consortium of regional councils, central government agencies, and power companies, and endothall was registered in 2005. It is now an important weapon in the war on aquatic weeds.

But eradicating mature plants is not enough. The New Zealand strain of hydrilla produces small tubers (the size of a cashew nut) that can lie dormant in the sediment for over 10 years. Every single plant sprouting from these tubers must be removed to break the cycle and prevent new tubers being produced. The best option for removing the new shoots was grass carp, a plant-eating fish (not to be confused with koi carp, a pest fish now infesting the lower Waikato River). In 1988, a field trial using 400 grass carp began in privately owned Lake Eland in Hawke’s Bay. Each year, researchers dredged and sieved sediment to count hydrilla tubers, and meticulously searched for shoots. They found tubers and shoots for a further 12 years after the main weed beds had been removed, but now the lake has been hydrilla-free for eight years.

The experimental science behind the tools and a management plan developed by NIWA gave confidence that the ‘world’s worst’ could be eradicated from New Zealand; MAF Biosecurity NZ then took responsibility for hydrilla management.

In 2008, endothall was used to reduce the biomass of hydrilla in strategic high-use areas, before more than 2700 grass carp were released into the three remaining infested lakes. Only 15 months later, hydrilla has been significantly reduced, and the risk of spread to new water bodies is negligible. The aquatic weed is 99 percent gone from New Zealand. This is a success story, but it comes with a caution. Border security is an ongoing concern for New Zealand, and we must never become complacent or drop our guard against invasive species. The best defences are biosecurity readiness and capability – a standing army. We ignore the risk of new invaders at our peril. 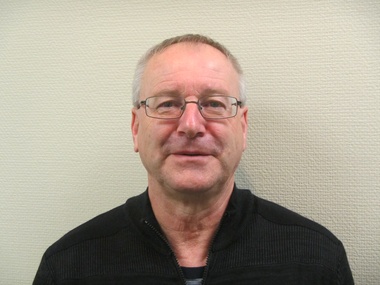