A first for New Zealand: culturing our endemic sea cucumber for overseas markets

Jeanie Stenton-Dozey and Phil Heath report on an exciting advance in the effort to bring the sea cucumber to market.

At about 10 to 12 cm, these mature sea cucumbers are ready for processing. (Photo: Qiu Zhao-Xing) 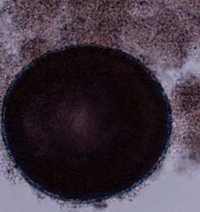 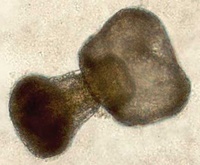 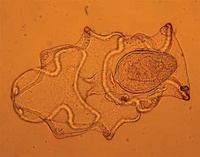 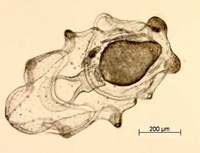 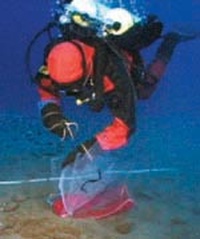 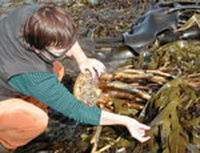 The sea cucumber Stichopus mollis is plentiful in New Zealand coastal waters and is often found in abundance on the seabed under mussel farms. Despite its appearance, the creature is popular in Asian cuisine and is also used medicinally. Since S. mollis has potential as a lucrative export for Asian markets, ranching cultured sea cucumbers under aquaculture farms presents an attractive investment opportunity.

This species is presently an ‘exploratory fishery’ under New Zealand’s quota management system and can be taken only by free-diving. Culturing sea cucumber and ongrowing them in association with mussel and finfish farms will serve to supplement both the fishery and aquaculture industries. Further, sea cucumbers are detrital feeders, and by consuming aquaculture farm waste that drifts down to the seabed, they convert this waste into another valuable product.

In the past, NIWA scientists and other researchers at the University of Auckland have been successful in spawning and producing the larval stages of sea cucumbers, but settlement and ongrowing of S. mollis larvae have proved elusive.

Now, in collaboration with Chinese scientists, we have developed new hatchery and nursery techniques for this species at our Mahanga Bay Aquaculture Research Facility. Since January 2008, we have successfully grown over 1000 sea cucumber juveniles. This article tells the story so far – from larva to one-year-old.

From spawning to settlement

In November 2007, we collected broodstock animals from a range of depths around Wellington Harbour and the Marlborough Sounds. Dissection of dead specimens showed that the spawning condition of animals varied depending both on site and depth, with animals collected from the shallower parts of Wellington Harbour being closest to spawning. We held these animals in seawater tanks at 18 oC and supplied them with abundant food until they spawned in late December.

After they spawned, we closely followed the development of the fertilised eggs, observing the seven stages of larval metamorphosis: cleavage, blastocyst, gastrulation, auricularia, doliolaria, and penttactula and then finally the settled sea cucumber larva. They were visible to the naked eye from about 21 days after fertilisation.

We maintained the larvae at the auricularia stages at around 18 oC and fed them a diet of mixed unicellular algae. When they reached the doliolaria stage, we suspended polyethylene sheets in tanks in preparation for their transformation into the settlement penttactula stage. This is a fascinating metamorphosis: the body shrinks dramatically, body structure strengthens, and small tube feet protrude for attachment and feeding. At this stage the tiny sea cucumber can be seen on the polyethylene sheets with the naked eye as a minute, white, gelatinous blob. Once they were settled, we fed the baby sea cucumbers a diet of benthic diatoms with powdered seaweed, paying careful attention to maintaining the seawater temperature and water quality in their tanks.

After sea cucumber settlement and initial ongrowing, we maintained the sea cucumbers in two large tanks supplied with seawater at ambient temperatures and fed them a mixture of powdered seaweed and silt. Throughout the autumn and winter of 2008, the juveniles grew slowly and remained attached to the vertical settlement surfaces that had been suspended within the large tanks. In spring 2008, we removed the juveniles from these surfaces and measured and transferred them into smaller tanks where they are being offered a range of feeds and environmental conditions. At transfer, they averaged about 15 mm length and 0.05 g weight, although some individuals were more than 50 mm long, suggesting that under the right conditions this species has the potential to grow quickly, attaining market size in about two years.

Over the years, a number of local entrepreneurs have explored processing technologies for New Zealand sea cucumber, including dried, pickled body wall, and fermented guts and gonads. These projects have consistently failed to establish themselves because of the lack of a steady and reliable supply of sea cucumbers in sufficient quantities to secure Asian markets in the long term. Hatchery production with key industry partners on a commercial scale, with growout in association with sea-based marine farms, is economically feasibile and would ensure a product supply to meet both the Asian markets and New Zealand’s emerging domestic market of Asian restaurants.

Sea cucumber on the menu