At 4am on the 4th of September 2010, everything was normal at the Lynton Dairy groundwater level monitoring bore in mid Canterbury. But by 5am the water level recording was anything but normal. At 4:32 am a shallow magnitude 7.1 earthquake struck and severely ruptured the ground nearby.

How we measure and record the groundwater level

The Lynton bore is a deep well used to monitor the ground water level of an area served by several dairy farms that have consent to abstract groundwater for their operation. The monitoring involves:

Here we use a PumpPro compressed-air-bubbler to measure the water level.

The PumpPro, as its name suggests, uses a small electrically-powered pump to compress air and bubble it through a long thin plastic tube suspended down the bore casing on a weighted stainless steel catenary wire. The lower end of the tube is submerged and held at a reference depth.

The instrument measures the underground water pressure coupled through the air in the tube to a pressure sensor in the PumpPro enclosure. This effectively senses the weight of the water above the lower end of the bubbler tube and, from this, it calculates the height of the water surface above it; its depth.

A data logger regularly requests the water level data from the PumpPro and records it.

Once a day, the data logger transmits the recorded data to a server, via a cellular modem. Any authorised user can access data on the server at any time.

For several weeks, the groundwater level had been rising steadily. By the 4th of September it had risen to just over 128m below ground level. Then the 5am recording showed an abrupt increase in water level and a flattening off, as though it had hit some kind of ceiling.

Initially we thought that the sensor may have been damaged, perhaps by a water pressure surge or ground acceleration caused by the earthquake.

When we inspected the site we found that the instrumentation was still functioning normally - we had not expected this as the water level records looked anything but normal. It appeared as if the groundwater level had actually risen as a result of the earthquake.

Environmental Consultancy Services (Timaru), who carry out routine site inspections of the bore and publish the data on the web for Lynton Dairy, manually measured the distance down to the water surface. They verified, the water table had unexpectedly risen by about 10m since the earthquake.

While the water level instrument was still working it had indeed hit a ceiling as the maximum range of the sensor was exceeded. It carried on recording the highest level it was able to, and flatlined, with a few downward excursions when the water level occasionally fell sufficiently to break into the working range again.

So far we don't know if this is a permanent change so will have to monitor it in the coming months and readjust the level of the bubbler tube if necessary.

Why did the groundwater rise?

We don't know for sure, but think that the level may have been driven up by an increase in underground water pressure. Perhaps fractures in surrounding underground rock structures allowed higher pressure water from other aquifers to intrude into the aquifer we are monitoring. It will be interesting to see if the new level persists.

Other experience with the PumpPro

NIWA has approximately 60 PumpPros installed within its National Hydrometric Network. The instrument is proving to be a robust, flexible, accurate, easy-to-install and reliable water level monitoring instrument that's largely unaffected by traditional threats such as river debris, silting and, so far, earthquakes. Like an iceberg, the tip of this bore casing gives away little of what lies below. This is a very deep groundwater bore that goes down more than 150m. The enclosure on the pole contains instruments to measure, record and transmit water level data. The white triangle on the left is the groundwater monitoring bore, superimposed on Geonet’s quake map (GNS Science); the yellow dotted lines are subsurface ruptures; the thick red line is the surface rupture; the green star is the epicentre of the M7.1 earthquake. 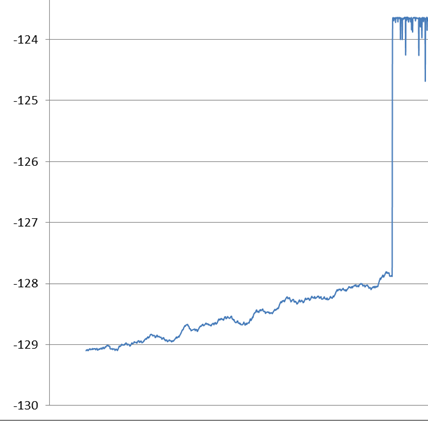 The water level record: generally rising steadily until the 4th of September 2010 earthquake. The vertical axis shows the distance (in meters) from ground level down to the water surface. The top of the bore with its cap removed, showing the black gas bubbler tube supported by, and fixed to, a weighted stainless steel wire, both descending 150m. (Colin Grace, NIWA)

The PumpPro water level instrument is easy to couple to the water with a plastic tube.
Research subject: Instrumentation 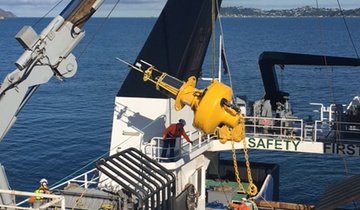 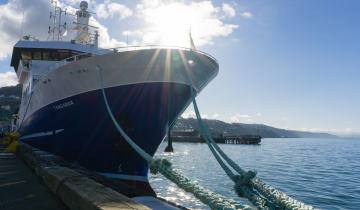 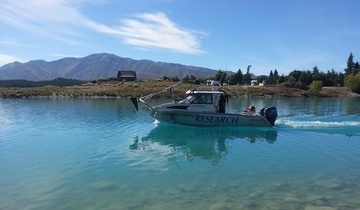