NIWA scientists are among those highlighting the consequences in increased ocean acidity – an outcome of the ever-rising levels of atmospheric carbon.

As ocean acidity increases, a number of physical and chemical changes are occurring which will almost certainly impact on ocean life. Importantly, the amount of dissolved carbonate available to animals which need it for their hard body structures, such as corals, plankton, and shellfish, is decreasing.

Many of the oceans’ calcifying organisms are vital in maintaining ecosystem diversity and function. Some of these are also economically important, including mussels, kina, and paua. Scientists believe that increased acidity will affect shell formation, resulting in thinner or incompletely formed shells. Diversion of energy to shell maintenance could mean less is available for growth and reproduction. Early life stages are likely to be especially vulnerable.

"No one can say anything definite about the likely impacts on commercial species such as paua and mussel yet," says NIWA scientist Vonda Cummings. "There is little information on how different species will respond to acidification, or the likely consequences to broader ecosystems. Ocean acidification is an important threat that needs to be recognised and understood." 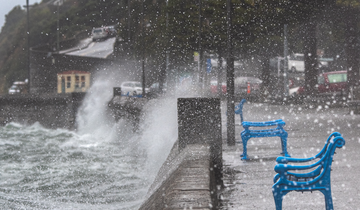