The scientists say that one resembles a "tiny shrub", another has tiny bones that resemble the "jaws of a great white shark", and the third like "crochet-hooks". They were discovered in the deep waters off New Zealand and Macquarie Island, an Australian sub-Antarctic territory.

Marine scientists are often discovering species that have never been seen before.

"We search the seabed looking for new and interesting things. The first two carnivorous sponges have been found only in one location," says Dr Kelly.

"New Zealand is a centre of biodiversity for marine sponges," she adds. "New Zealand is probably the most diverse region in the world for these carnivorous sponges and they are on isolated seamounts that could be at risk of dredging."

Professors Jean Vacelet and Nicole Boury-Esnault made the first discovery of a carnivorous sponge only 16 years ago – in 1995 – in submarine caves in the Mediterranean Sea.

Since scientists started looking at biodiversity in this region, Dr Kelly has discovered about 37 species that she and Professor Vacelet think might also be carnivorous, "and there are probably plenty more out there!".

These three new and "astoundingly unique" species were found in the depths and darkness between 1000 and 2700 metres underwater.

The scientists named the first of these Cladorhizidae finds Abyssocladia carcharias sp. nov. The species name carcharias means "sharply pointed", and the spicules resemble the jaws of the great white shark, Carcharodon carcharias. Abyssocladia carcharias was found 1071 metres underwater on Monowai Seamount in the Kermadec Volcanic Arc. The "jaws"-like spicules have "never been seen before, neither in living nor fossil sponges."

The second astounding find, Asbestopluma (Asbestopluma) anisoplacochela sp. nov., from the southern-most end of the Three Kings Ridge, is a tiny stalk with filaments arising from it.

"In addition to the normal forms of tiny spicules, the species has spicules that resemble a crochet hook," says Dr Kelly. Like the jaws spicules, these sponge crochet hooks (termed anisoplacochelae) are unprecedented - having never been seen before.

The third find, Asbestopluma (Asbestopluma) desmophora sp. nov., was discovered at Cavalli Seamounts off the North Island's northeast coast, Hikurangi Plateau to the east of the North Island, the Chatham Rise extending east from the South Island (all part of the New Zealand EEZ), and on Macquarie Ridge (in Australia's EEZ). It is an erect branching sponge that looks like a shrub with a twisted stem with feathers on the ends of its branches. The interesting thing with this species is that it has silica blobs (desmas) that look like amoeba packed like a jigsaw into the base of the sponge.

These specimens were collected as part of the NIWA research programme, funded by the Ministry for Innovation and Science, Land Information New Zealand Oceans 20/20 programme, Ministry of Fisheries and GNS Science. 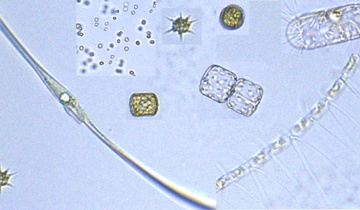