From one pole to the other, NIWA scientists work in some of the world’s most extraordinary landscapes.

On any given day you might find a NIWA staff member under the ocean, on the ice, atop a mountain or deep in a lake or river.

These stunning environments, which form the backdrop for the vast array of environmental science undertaken by NIWA, are celebrated each year in an annual photographic competition for staff.

The competition is unique for the diversity of images which this year includes everything from the vastness of the Arctic to the minute stony-cased caddisfly.

The winner of this year’s award was specialist diver Crispin Middleton, with his photo entitled Underwater Angel, taken near the Poor Knights Islands. Mr Middleton has been trying to capture photos of flying fish for years, but every time he tried they would simply dart away. This year he managed to get his shot by hovering above the fish where they would linger for a few seconds before darting away. 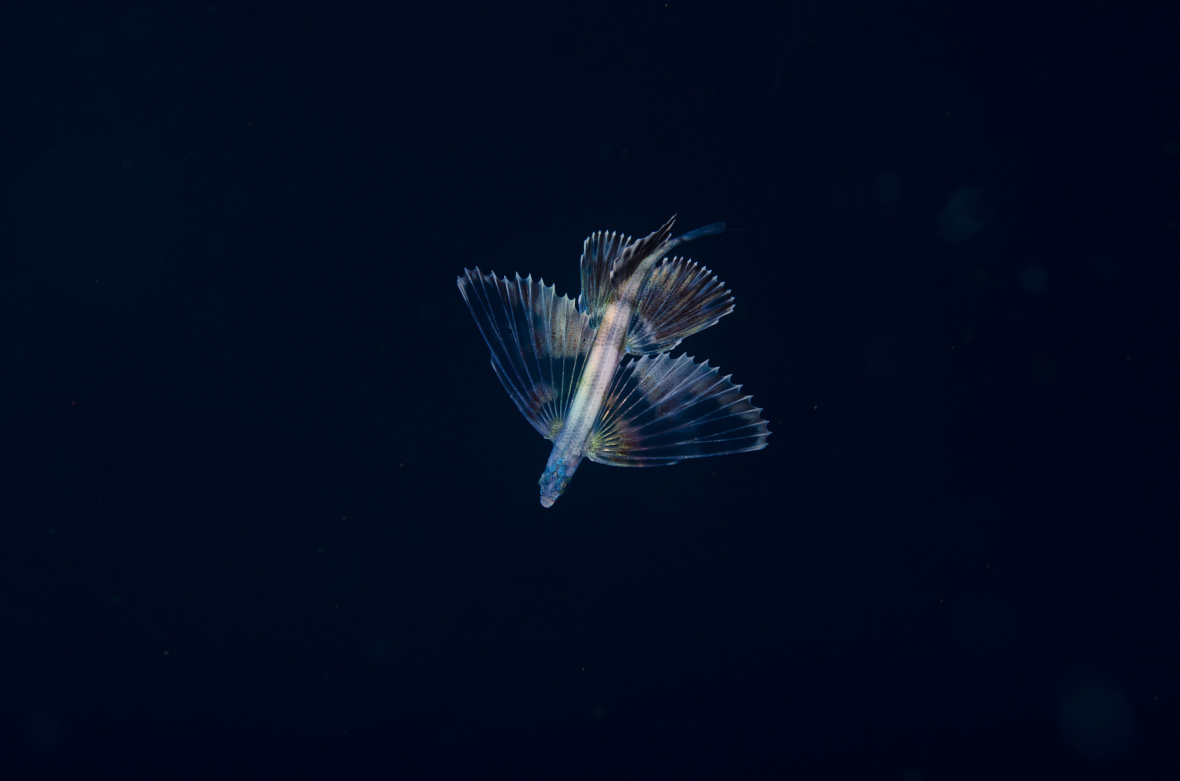 The judges – photography professionals Ross Giblin of Fairfax Media, Gerry le Roux from Science Lens -  described the flying fish as looking like a piece of jewellery set against a dramatic black background.

“It has beautiful colour and is a very detailed image.  An iridescent jewel against the dark of the ocean, beautifully captured and nicely lit to shows all its subtle colour. This would have been a rare shot to capture.” ARCTIC SUNSET: At the end of a day measuring sea ice on the Arctic. Winner: Our people [Photo: Alison Kohout] MILKY WAY IN THE REMARKABLES: Clear skies provide an astronomical view on a lookout near The Remarkables. Winner: Peoples Choice. [Photo: Ayushi Kachhara]

The judges commented on the extraordinary variety of work carried out by NIWA staff which offered unique photographic opportunities and said NIWA was widely known for the excellence of its imagery.

The six section winners and a selection of other entries can be also seen in the video below.