Cyclone Yasi, which hit Australia in February, was a massive storm that destroyed hundreds of homes and devastated tropical rainforests. Understanding the risks posed by natural hazards like Cyclone Yasi, and how to mitigate their impact, is an important priority for New Zealand as extreme weather resulting in emergency situations can be expected to become more frequent. Our climate is becoming increasingly variable, while more people are living in coastal areas which are vulnerable to storms.

On average, the North Island of New Zealand is affected by at least one ex-tropical cyclone a year.  The most notorious example being ex-tropical Cyclone Gisele which produced winds gusting to 270 kph in Wellington in 1968, sinking the Wahine ferry with the loss of 51 lives.

Over five days, they conducted post-disaster surveys with those who have been impacted by the storm. Nine hundred and eighty six properties were surveyed for post-cyclone damage in areas of northern Queensland. The most severely impacted were: Kurrimine Beach, Tully, El Arish and Silkwood.

The scientists conducted a visual estimate survey using PDAs (personal digital assistants) and recorded the extent of damage to the roof, wall, window and garage structures of residential properties. Hundreds of houses were destroyed or seriously damaged. Cyclone Yasi cut power supplies in two regional cities, and laid waste to hundreds of millions of dollars worth of crops.

“We were looking at the damage, particularly trying to get estimates of wind speeds. We did visual estimations of the extent of damage to properties, and we looked at things like the road signs bent by the wind.  The damage to the vegetation was overwhelming. Everywhere we went there were piles of damaged household goods, stereos, carpets, sofas on the street which were water damaged,” says Dr Turner.

“Roofs suffered bending and buckling, and water had penetrated under the eaves in a lot of houses. Just about every house had water penetrate under the eaves - especially the low pitched roofs which had suffered more from buckling,” says Dr Turner.

Now, at the conclusion of this research, the NIWA scientists can offer insight into the lessons learnt from Yasi.

These lessons include how to estimate the damage that would be caused to New Zealand or Australia by a similar storm, and what the cost and other impacts of that would be.

This information helps New Zealand estimate “exposure” - the risks that insurance companies have to these sorts of events. Knowing what the liability is for different hazard types is important.

“We gather the data on the building stock, and the type of damage that we would expect to see for particular classes of building, and then knowing the building profiles of the town, we can estimate the losses  - given a particular storm, if that storm were to hit that town,” says Dr Turner.

“We tried to get an idea of the wind damage to different types of buildings. If we put this into a New Zealand context, New Zealand, like Australia, has both old houses and new houses. We found that weatherboard clad houses tended to sustain greater damage compared to other wall materials such as brick or concrete block.”

Tiled roof houses suffered a lot of damage. Weaker structures like sheds and poorly maintained roofs would have a cascade effect - sheds would come apart and blow over and weaken the building next to them.

“I saw a lot of places that were well built, and handled the cyclone really well. Those were the buildings that complied with the building codes,” says Dr Turner.

“In areas that are economically in decline, it’s very difficult for the maintenance to be done. It seems to increase their vulnerability. The sugar cane industry has been in a general decline and so there were many poorly maintained buildings in the region. These have been damaged the most.”

The information and data gathered is used for New Zealand within for the RiskScape model. RiskScape is a multi-hazard, hazard and loss modelling software tool being jointly developed by NIWA and GNS Science.

RiskScape is being designed for all New Zealand regions but has pilot partnerships with Napier, Christchurch, and Westport. Currently RiskScape models the impacts of wind storms, tsunami, floods, volcanic ash and earthquakes. Other hazard models are in development. NIWA is developing the models for floods and storms.

The project combines current scientific and engineering knowledge about the hazards, built environment, land uses, and social characteristics of communities, to develop a powerful loss-modelling software package for analysing the potential impacts of events within different regions.

May 31-June 1 2011 the scientists will meet up for a Wind Vulnerability Workshop in Townsville, Australia hosted by Geoscience Australia.  The information collected during this survey will be available to emergency managers to plan for more effective recovery from future cyclones. It will help to prepare for future cyclones and reduce their impact on communities such as those in Queensland. 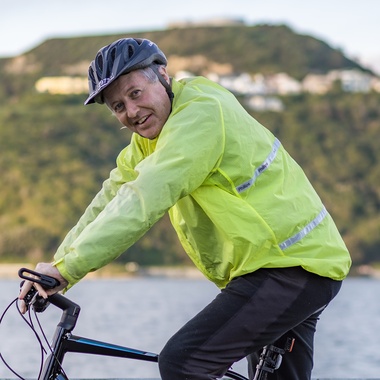 “The highest winds were north-south orientated, so most damage on walls facing in either of those directions,” says Dr Turner. Photo Brendan Hall, Geoscience Australia
Research subject: FloodWind 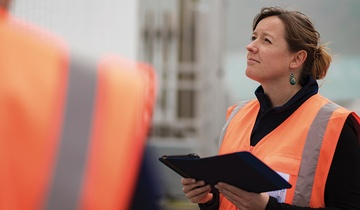