NIWA scientists say concentrations of ozone high in the atmosphere are projected to increase.

This is good news for the ozone hole over the South Pole.  However, modelling shows that, by the year 2100, ozone in the lower atmosphere could actually be a problem for New Zealand and for much of the Southern Hemisphere.

Ozone is already a problem in Northern Hemisphere and levels in the lower atmosphere are closely monitored.  Prolonged exposure to ozone concentrations greater than 40 parts per billion by volume (ppbv) is considered detrimental to human health and plants, including crops.  Typical surface ozone levels are 50–80 ppbv in the Northern Hemisphere over some polluted regions and 25–35 ppbv in the Southern Hemisphere.

Guang Zeng, and her colleague Olaf Morgenstern, used a complex chemistry-climate model to separate the effects of two factors on global ozone: projected changes in atmospheric circulation due to climate change, and the expected recovery of stratospheric ozone.

Climate change associated with global warming is projected to see a future in which ozone-rich air is transported more rapidly from the stratosphere to the lower atmosphere, causing surface ozone to rise.

The scientists' findings indicate that predicted increases in ozone at some parts of the Earth's surface roughly double when ozone recovery in the upper atmosphere is included. The parts most affected are all parts of the southern hemisphere outside of the tropics – and that includes New Zealand.

“We expect stratospheric ozone recovery and climate change to contribute about equally to the increase in surface ozone during the southern winter months,” says Guang. ”We calculated 4-8 ppbv increases of surface ozone, which is a 15-20% increase over current levels.”

Ozone levels at the surface are higher in winter because more ozone is transported from the stratosphere to the lower atmosphere and there is less chemical destruction of ozone by natural processes.

There is less ozone created by industrial pollution in the Southern Hemisphere, compared to the north.  However, increasing ozone in the stratosphere, combined with climate change, could together negatively affect New Zealand's air quality.

The projections suggest that we could have dangerous levels of ozone concentration during the winter months, risking health issues, and lower agricultural crop productivity.  Increased surface ozone will also contribute to global warming, as ozone is a powerful greenhouse gas.

Increases in the Northern Hemisphere are projected to be smaller.  Changes in stratospheric ozone are smaller there than in the south, and higher levels of air pollution mean that ozone production is less sensitive to stratospheric changes. 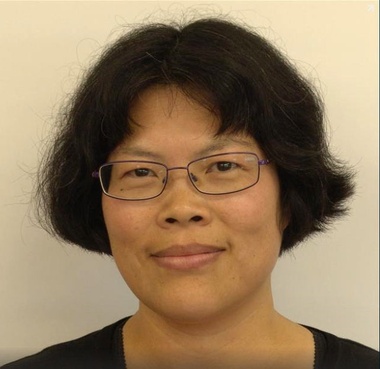